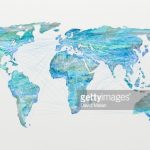 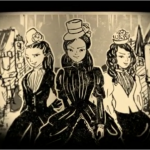 In this blog post I review the documentary ‘A Secret History of my Family: Gadbury Sisters’, which aired in 2016, and discuss how it reflects changing attitudes to convict ancestry amongst British and Australian descendants. It is re-blogged from the the wonderful History on the Box in which postgraduate students from the School of History, Politics and IR at the […] 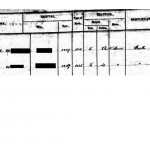 The Two Fredericks: A snapshot of male intimacy in prison

Posted by Katy Roscoe in Carceral Archipelago on September 30, 2016

In the 1840s, campaigners for the abolition of convict transportation engaged in a campaign of scare-mongering about the prevalence of sexual acts between male convicts (dubbed “unnatural acts”).  This strand of anti-transportation rheotirc was particularly effective because it suggested that a system that was supposed to engender moral reform actually produced moral degradation.[1] Panic about rampant homosexual activity […]

Last year I came across a rare archival find: multiple editions of a 19th century prison newspaper covertly produced by Russian inmates between 1890 and 1905. The newspaper editions, now brittle paper manuscripts fraying brown along their edges, were archived along with a note of introduction by the editor-in-chief. The editor describes the way in […]

The case for ‘remain’ in the EU referendum – my view as the director of a €1.5 million European funded research project in History

Posted by Clare Anderson in Carceral Archipelago on June 13, 2016

At the end of last week, thirteen Nobel prize-winning scientists wrote a letter to the right leaning newspaper The Daily Telegraph, urging Britain to vote ‘remain’ in the forthcoming European Union (EU) referendum. The scientists warned of the consequences of a British exit (or ‘Brexit’) from the EU, drawing attention to the fact that […]