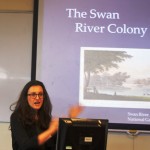 In my research on the penal colony of Sakhalin, I recently stumbled across two photographs I found to be particularly interesting. Both are images of indigenous women who lived in the eastern Russian empire during the late nineteenth century. Although the photographs hint that the women’s lives were vastly dissimilar, both represent an indigenous response […]