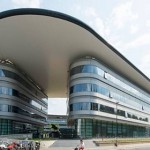 How can we frame convict labour in the broader context of entangled labour relations? This is one of the key-questions in the Carceral Archipelago project, which seeks to understand how (especially transported) convicts interacted with other workers within and across empires. Some important suggestions for addressing this question emerged during the first European Labour History […]