Convicts, Collecting and Knowledge Production in the Nineteenth Century

Posted by Clare Anderson in Carceral Archipelago on July 27, 2015

In previous blogs, I have explored some of the circulations and connections that linked nations, colonies and empires, and wove together practices of punishment and penal labour across polities and imperial spaces. This included the sharing of official reports, the spread and adaptation of particular modes of convict punishment, and the intra-colonial mobility of personnel […]

I have had the privilege to visit Australia for the past two months on a research trip thanks to the generous funding of the Menzies Centre for Australian Studies. I’m now a little halfway through my trip and have visited all but one convict sites where large numbers of ‘my’ convict subjects stayed or passed […] 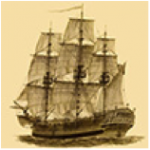 Posted by Emma Battell Lowman in Carceral Archipelago on October 6, 2014

During a recent research trip to the State Library of Western Australia I had the opportunity to examine the journal compiled by William Smith, Surgeon Superintendent, on board the Merchantman’s second voyage to the Swan River Colony. [1] Leaving Portland on July 1st 1864, 257 convicted men were transported directly to Fremantle in a voyage […]

The Carceral Archipelago panel at the Fourth European Congress on World and Global History, 4-7 September, 2014

Posted by Carrie Crockett in Carceral Archipelago on September 17, 2014

During the first week of September, members of our European Research Council funded project, Carceral Archipelago, attended the Fourth European Congress on World and Global History, held in Paris at the École Normale Supérieure. While at the Congress, a number of the project’s researchers had the exhilarating opportunity of presenting aspects of their research on a shared […]