Posted by Katy Roscoe in Carceral Archipelago on June 8, 2015 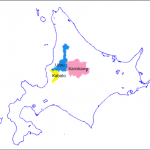