Last year I came across a rare archival find: multiple editions of a 19th century prison newspaper covertly produced by Russian inmates between 1890 and 1905. The newspaper editions, now brittle paper manuscripts fraying brown along their edges, were archived along with a note of introduction by the editor-in-chief. The editor describes the way in […] 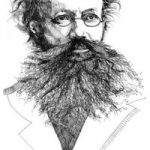 Peter Kropotkin is remembered today as a brilliant Russian social revolutionary, geographer, scientist, and anarchist writer.Less well known, however, is the name of the friend and co-conspirator who significantly prolonged Kropotkin’s life by engineering his remarkable prison break in 1876. Dr. Orest Edward Veimar, a St. Petersburg surgeon, was the chief architect of Kropotkin’s […] 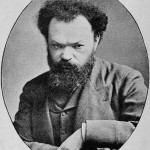 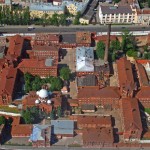 Several days ago, I broke from reading through the notes of nineteenth-century Russian penal inspectors to admire the 23rd edition of the International Prison News Digest, a publication of the Institute for Criminal Policy Research. As I perused this amazing compendium, I was struck anew by the way in which certain facets of the prison […]