The Carceral Archipelago conference, held in Leicester from 13 to 16 September 2015, felt just like reading over thirty outstanding monographs in two-and-a-half days, getting to know their authors personally, and having the chance to reflect collectively about their mutual entanglements. It was an intense marathon through the burgeoning field of the global history of convict transportation and convict labour, spanning multiple polities and both the early modern and modern periods. We possibly all felt a bit tired by the end of the conference, but of that kind of satisfied tiredness you experience after a great meal (indeed, meals were outstanding too!). 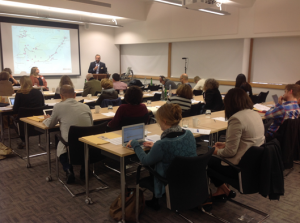 On the evening of 13 September, after the welcoming words of the Head of College of Social Sciences, Arts and Humanities, Julie Coleman, and the Head of School of History, John Coffey, the stage was set by the opening speech given by Clare Anderson, Principal Investigator of the Carceral Archipelago project. Clare accompanied the participants along the path that led her from addressing convictism in India and the Indian Ocean to the global approach of this project. Parallel with this expansion of her personal interests, she sketched the overall changes in the field, from the original focus on Australia and metropolitan-to-colonies transportation, to the histories of multi-directional and trans-imperial convict flows. Indeed, the conference reflected the impressive on-going transition in the field, foregrounded by the presence of many passionate PhD students and candidates, and early-carrier researchers, among the speakers. But equally important is the sense of continuity of this younger generation of scholars with the work of pioneers in the field like Ian Duffield, whose active participation in the discussions was highly appreciated throughout the conference.

Following Clare Anderson’s speech, Mary Gibson centred her keynote lecture on Transportation without colonies: perspectives on internal exile. She focused on the institution of domicilio coatto (internal exile) in post-unification Italy (1861-1914) and highlighted three general themes in the most recent literature, namely: a) the absence of linearity in the evolution of punishment, beyond Foucault’s idea of the “birth of the penitentiary” as a sudden break with previous experiences of punishment; b) the flexible character of internal exile vis-à-vis both political and common-law prisoners/internees; c) the contradictory, yet fundamental relationship between punishment and labour.

The keynote speakers played a major role in introducing broader thematic discussions starting from their own empirical research. On Monday 14 September, Hilary Carey focused on Religion, Reformation and Terror in the British Carceral Archipelago and simultaneously pointed to the religious question as one of the entry points for a compared study of the functions of convict transportation and labour across different empires. On the next day, Hamish Maxwell-Stewart provided a fascinating account of the Founders & Survivors database and discussed the relevance of data aggregation for the study of broad patterns; in other words, as the title of his lecture went, “why numbers are important to the writing of the history of convict transportation”. 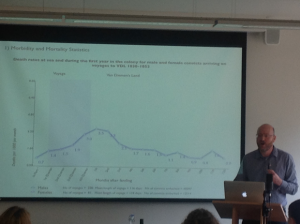 The launch of http://convictvoyages.org/ was another major moment in the conference. The website of the Carceral Archipelago project is an open-access resource for all scholars and students in the field, and beyond, through expert essays, interactive maps, and sections on convict objects and lives. Moreover, its design is absolutely fabulous, thanks to the work of web developer social enterprise company We Are Epic and cartographer Laura Vann. 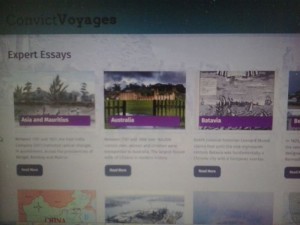 The sessions were designed to simultaneously single out the specificities of regions, themes and periodisations, and allow foregrounding comparisons and entanglements. The “regional” sessions focused on Australia, France, and Russia/USSR/post-USSR; the “thematic” sessions respectively addressed “Internal Colonization/Inner Frontiers”, “Penal Transportation, Slavery and Other Forms of Coerced Labour”, and “Political Prisoners”; and one session explicitly called for comparative approaches between early modern and modern transportation. However, as the conference proceeded, the borders between regional, thematic and chronological approaches were blurred. “Thematic” sessions spanned from eighteenth-century slavery and convictism in the British and Spanish empires (Sarah Pemberton, Lauren Bell and Christian De Vito) to the histories of early twentieth-century Fernando Poo (Enrique Martino) and the fascist confino (Ilaria Poerio), and post-WWII labour camps in Czechoslovakia (Kelly Hignett), Yugoslavia (Milica Prokic), and Korea (Grace Huxford). 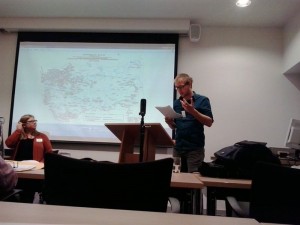 Similarly, “regional” sessions contained clear thematic and chronological references. The “Australian” session explicitly called for the connected study of the island histories of convictism, by addressing the intertwining of penal transportation and immigration restrictions (Chris Holdridge), the post system (Kathrin Levitan), the connections with the Juan Fernandez Islands in colonial Chile (Chris Maxworthy), and the complex spatiality of the transportation of Indigenous convicts within Western Australia (Kellie Moss and Katherine Roscoe). In the session on France between 17th and 20th centuries, Nicolas Derasse addressed the relationship between France and Morocco during the Protectorate; Briony Nelson looked at French New Caledonia from the perspective of the Australian press; and Marie Houllemare foregrounded the relationships between slavery and convictism through the case of Fort-Royal in late eighteenth-century Martinique. The participants in the session on Russia, USSR and post-USSR (Sharyl Corrado, Carrie Crockett, Alain Blum and Emilia Koustova, Zhanna Popova and Tyler Kirk) explicitly addressed the question of continuity and discontinuity after major regime changes in 1917 and 1991; at the same time, the whole session brought new dimensions to the issue of internal colonization, discussed in the related thematic session for the cases of Patagonia (Ryan Edwards), Italy and the Italian colonies (Francesca Di Pasquale), and Hokkaido (Minako Sakata). 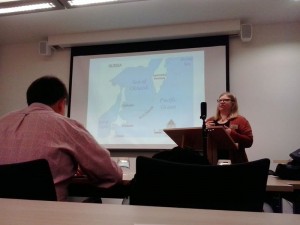 Finally, the session on early modern and modern transportation spanned the Danish, British, Dutch, and Spanish empires; it addressed transversal issues such as the relationships between convictism and the military, and between public and private management of systems of penal transportation. The speakers additionally suggested distinct strategies to look at the continuities and discontinuities of early modern and modern penal transportation: comparisons between case-studies across time, either on different locations (Jennie Jeppesen) and similar flows (Stephanie Mawson and Eva Mehl); long-term perspective centred on specific localities (Matthias van Rossum); and focus on single events that changed the subsequent course of penal transportation (Johan Heinsen). 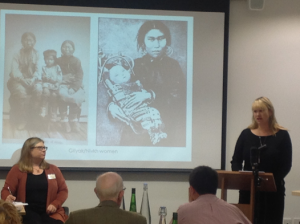 Additional themes came to the fore, also thanks to the excellent work of the discussants. Some of them were taken over to the concluding discussion, such as the question of the dialectics of mobility and immobilization (or incarceration) in penal transportation. Unsurprisingly, the methodological question of how to compare convict transportation and convicts’ experiences across time and spaces was equally discussed – a familiar topic for the readers of this blog, as this constitutes a major challenge, and a constant focus, for the Carceral Archipelago project team. The final discussion also synthesized the productive and warm atmosphere of the conference. Due to the spatial organization of the room, in this “roundtable” the Carceral Archipelago team- and board members actually sat at a very long rectangular table facing the rest of the participants. As the discussion took off, however, the microphone went around the room and distinctions were once again blurred. This was the appropriate setting to thank Emma Battell Lowman, the Project Administrator, for her outstanding work in preparation of, and during, the conference. And then to start again passionate scholarly discussions as participants headed to the final lunch and passed along the banners of the Carceral Archipelago travelling exhibition. More about that in a future blog.