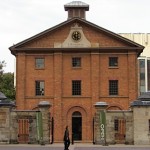 Posted by Clare Anderson in Carceral Archipelago on May 7, 2014

By Eureka Henrich, CArchipelago Project Researcher I grew up in Sydney, conscious as any Australian school child of my city’s 18th century origins as a penal colony. At primary school we learned the stories through song, such as ‘Bound for Botany Bay’ (narrated by forlorn transportee who warns those back home in England not to […]