“Reconsidering Southern African Studies from the Indian Ocean.” This challenge underpinned two wonderful days of discussion at the University of the Western Cape last week. As a conference, we wanted to explore what the burgeoning Indian Ocean historiography and literature means for southern African studies; including how land and sea might come together, in our study of practices of mobility, cultural movement, labour and migration. Port cities were at the heart of our discussions, as we considered issues including slavery, commerce, literary representation, trafficking and trade. The idea of port cities as strategic nodes was important in our work – as was the related thread of the meaning of borders and borderlands.

I had the pleasure of delivering the conference keynote lecture – “The Carceral Archipelago of the Indian Ocean World” – at District Six Museum. The museum is located in a part of Cape Town with a rich history as a place where freed slaves, merchants, artisans, labourers and immigrants once lived. It was later bulldozed, and its population forcibly shipped out, when the apartheid regime declared it ‘white’ under the Group Areas Act of 1950. The museum today is an important place that works with memories of the District Six experience, and undertakes important research through oral history, the collection of photographs and the expressive arts in its commitment to social justice, memorialization and democratic practice.

I tried to speak to the spirit of the museum’s work in my paper, which turned on what I described as the carceral archipelago of the Indian Ocean. I discussed the Cape Colony’s connections to the forced mobility of criminalized slaves, paupers, juvenile offenders and convicts, in the nineteenth century, and the ways in which Robben Island in particular was a fulcrum that linked the colony to the management of populations in the British metropole; and in such diverse colonial spaces as Ascension and St Helena islands, Mauritius, Bermuda, India and Australia. In my attempt to restore a range of untold connections and stories to history, and to address fractured or fragmented representations of historical experience, there was an aptness to the location of my talk. But what do I mean when I speak of the “carceral archipelago” in this particular context?

In my 2012 book Subaltern Lives: biographies of colonialism in the Indian Ocean world, 1790-1920, I examined a series of themes that emerged out of the study of the penal transportation of convicts across and around the Indian Ocean during the nineteenth century. The aims of the book were to use Indian Ocean penal settlements and colonies as lenses through which to explore society and social transformation during this period, and to place colonially convicted convicts within a larger repertoire of colonial punishment and coerced labour. I argued that penal transportation underpinned the creation of new ‘networks of movement,’ between port cities and their hinterlands, and so connected together oceans, bays, coasts, littorals, rivers and interiors. In more recent work on mutiny and maritime radicalism in the Age of Revolution, I wrote in more detail of Indian Ocean convict journeys into transportation, suggesting that convict ships were both sites of rebellion (mutiny) and vectors for the circulation of ‘generalized and ambitious forms of anti-colonial resistance’.

In my lecture, I tried to integrate this Indian Ocean vantage point with southern African studies, by exploring in more depth the relationship between the Cape and its penal regimes. I discussed the Cape’s relationship with metropolitan and colonial penal practices, including with respect to the penal sentence of banishment; the use of Robben Island as a ‘holding’ prison for transportation convicts convicted in the Cape Colony and Mauritius; the Cape as a place of innovative convict road-building programmes; the Cape as a stopping off point for convicts destined for the Australian penal colonies; and the Cape as a place for the emigration of ‘transportation orphans’ from England – children left destitute when their parents were shipped off as convicts to Australia. I tried to show that the Cape was entangled in a larger Indian Ocean history of punishment, which was itself enveloped in a global history of conversations and practices about imperial punishment, labour and forced mobility. 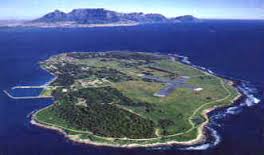 Robben Island today (with Table Mountain in the background)

In the larger Carceral Archipelago project, the team has been strongly influenced by recent theoretical developments in transnational, global, and new imperial history. In particular, these have encouraged us to rethink and to reconfigure the nature and importance of space in writing the history of European Empires, and especially a foregrounding of circulation and connectedness in understanding economic, social and cultural relationships between Europe and the colonies. The Indian, Pacific and Atlantic oceans seem to have decentred nations and colonies to become key sites of analysis; with port cities and islands now viewed as especially important nodal points of exchange. This shift in thinking has not only facilitated the displacement of metropolitan and colonial capitals as “natural” historical and historiographical centres for research and analysis, it has also encouraged and been encouraged by the development of work on the multi-directional mobility of imperial or colonized peoples, ideas and practices. 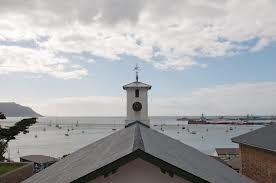 My “Carceral Archipelago” lecture tried to take up the challenge of understanding imperial and pan-imperial connections and circulations, by taking an Indian Ocean vantage point on nineteenth-century southern African studies, and a southern African studies perspective on the Indian Ocean. My focus was on the Cape colony and connectedness after the British takeover in the early nineteenth century. I stressed in particular networks of unfree labour mobility, but also the global character of colonial tours of inspection and reports, and the anti-transportation movement. I wanted to locate the Cape within broader imperial penal policy, particularly to the Indian penal settlement in Mauritius, to the British convict hulks in Bermuda, and to the British penal colony in Van Diemen’s Land (Tasmania). I wanted to show that the Cape and the Indian Ocean had entangled penal histories, and that moreover they constitute elements of a larger global history of punishment, which connected the Cape not just to England but to other colonies in the Mascarene Islands, Southeast Asia, Australia, as well as to the Atlantic World.Through carceral regimes, I argued, the local was tied to the global, both through the movement and geographical relocation of prisoners and convicts, and in particular to discussions on the management of the abolition of the slave trade, slave emancipation, Indigenous people, and other kinds of extractive and coerced labour. The overlapping, and changing, use of particular spaces for different purposes of confinement was key to the argument, as I tried to position the Cape as both inward and outward facing; and Robben Island in particular as a place which connected Cape Town and southern Africa to the Indian Ocean, and further still to metropolitan Europe and its colonies in other regions of the globe.

A special issue of the Journal of Southern African Studies is now planned; and we look forward to seeing some of the outcomes of our discussions in print. I thank the organisers of the workshop, Isabel Hofmeyr, Preben Kaarsholm and Uma Dhupelia-Mesthrie; our host at the University of the Western Cape, Premesh Lalu, director of the Centre for Humanities Research; and our sponsor, the Journal of Southern African Studies. We heard wonderful papers by speakers from South Africa, Britain, Switzerland, Denmark and Sweden, including Nigel Worden, Patrick Harries, Heloise Finch-Boyer, Goolam Vahed, Anne K. Bang, Meg Samuelson, Pamila Gupta, Andrew MacDonald, Thembisa Waetjen, Charn Lavery, Nyasha Mboti, Livasha Moodley, Bobby Luthra Sinha and Nirmala Gopal.