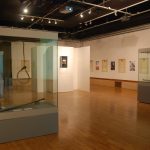 Rest in Pieces: The story of a hanged woman and her journey to becoming a museum object. By Ali Wells

Posted by Emma Battell Lowman in The Power of the Criminal Corpse on July 27, 2016

When referring to “skeletons in the cupboard” we rarely expect these to be literally true, but in the case of Mary Ann Higgins and the Herbert Art Gallery & Museum in Coventry, it is.   In the early 1970s the Herbert acquired an unusual and unique object – the head of the penultimate woman […] 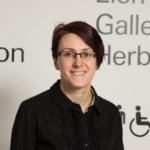 Posted by Emma Battell Lowman in The Power of the Criminal Corpse on July 21, 2016

Here at the Power of the Criminal Corpse blog, it has been a great year.  All of our project team members have contributed, and our posts have been used in undergraduate teaching, spread with interest across social media, and have even nabbed the attention of the university’s press office.  Even better, it has provided a […]