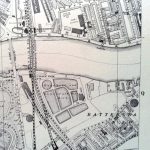 Posted by Emma Battell Lowman in The Power of the Criminal Corpse on May 16, 2016

Improper Procurement and Retention   Taking organs of dead children without parental permission at Alder Hey is a practice The Economist (2001) dubbed the ‘return of the body-snatchers’.  There is a historical affinity between the practice of body-snatching in the Georgian period and ‘organ snatching’ at Alder Hey some two hundred or so years […]

The Bloody Business of the Bloody Code: Dissecting the Criminal Corpse. By Elizabeth Hurren

Posted by Emma Battell Lowman in The Power of the Criminal Corpse on May 3, 2016

Imagine hearing local gossip that a notorious murderer was about to be executed, and that everyone in the vicinity of a homicide was planning to turn out to see the violent culprit punished in Georgian England. Getting to the gallows to secure a good spot would mean having to take an unpaid half-day off […]