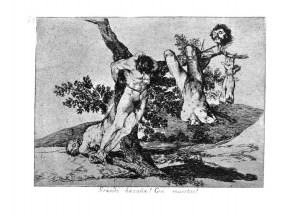 For as long as humans have been around we have cut up, hacked, butchered, and mutilated corpses. Today, the practice is mostly associated with serial killers and abnormal personalities. So what is it about post-mortem dismemberment that some people find so shocking and horrifying? This might be a silly question to ask but it is one which gets to the (ahem) heart of universal ideas about embodiment and what it means to be a person with agency.

On the one hand I understand my self in the world to be capable of action through my body and its senses. However, I also feel deep down that this body is fragile and infinitely detachable. You might remove my eye, two fingers, three toes, and an ear, and even in this fragmented state I would still be ‘me’. Yet I would think of those body parts, now separate from my ‘core’, as still lively, as containing some of my essence. So when a person is dismembered, their limbs do become ‘phantom limbs’ in a way because they are both subjects and objects – once an integrated part of a whole, they are now disturbingly fleshy and out of context, like a live person in a shrink-wrapped meat tray.

What dismemberment does, then, is to generate new narratives of embodiment, and these may be socially-sanctioned and positive in design, or socially-prohibited and dishonourable in design. Indeed, it is only in the past few hundred years that dismemberment has come to be an exceptionally rare practice in most societies, unsupported by religious or cultural elites, and something that is more often than not associated with the criminally insane. 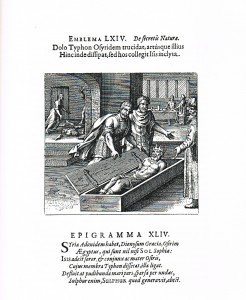 Osiris is dismembered and put back together again by Isis. Source: Michael Maier. Atalanta Fugiens (1617).

In contrast to modern understandings of dismemberment as pathological, anthropologists and historians can point to innumerable ancient mythic traditions in which the severing of body parts is associated with order, creation, and society. I think of Sedna, the Arctic sea goddess, the Egyptian god Osiris, and the Norse frost giant Ymir, as examples of primordial beings who were said to have been butchered in order to create social life and the ‘body politic’. The underlying principle at work seems to have been, from death and dismemberment comes life and order. 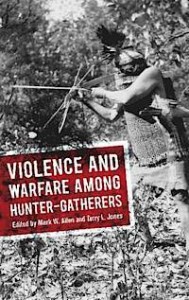 Allen and Jones eds. Violence and Warfare among Hunter-Gatherers (2014).

Alongside myth, dismemberment serves a narrative purpose in warfare. A good example of this is the massacre at Crow Creek, South Dakota, which took place around 1325 CE. This resulted in the deaths of some 486 individuals (at least 60% of the village population) most of whom suffered mutilations around the time of their deaths, especially scalping (90% of skulls) and tongue and tooth removal. Missing body parts indicate that trophy-taking took place (Willey and Emerson, 1993).

We know from examples throughout the Americas that extreme violence and dismemberment associated with warfare was prevalent and could serve several purposes: to inflict defeat; to dehumanize and inflict terror; to remember victories; to enhance a warrior’s social status; to disable the ‘dangerous dead’ (Chacon and Dye eds., 2007). Where we are now disgusted to hear of such practices taking place during the ‘War on Terror’ in Afghanistan, bioarchaeological and ethnohistorical studies indicate that trophy-taking following dismemberment was a socially-sanctioned practice associated with warfare in the pre-Columbian American Southwest. In a context of intertribal raiding and retribution, the removal and display of trophy body parts may have served to prove and recall the symbolic defeat of the enemy. Dehumanization and the treatment of the enemy ‘other’ as meat to be butchered are also important psychological factors here. 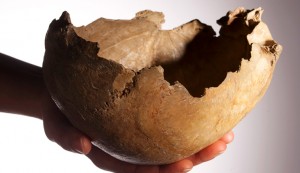 The removal and use of human heads skulls, whether as trophies or as memento mori, is a particularly well-documented behaviour in prehistoric and historic societies. Excavations at Gough’s Cave in Somerset, UK, has uncovered evidence of ritualistic cannibalism during the Upper Paleolithic period (c. 12,700 BCE). Of considerable interest in this case is the deliberate processing and shaping of skulls into skull-caps that had ceremonial value (Bello et al, 2015).

In many ways the head is the primordial form of dismemberment because it is universally symbolic of a person’s social identity. Decapitation, then, is not violence for violence’s sake. It is not a typical injury associated with everyday trauma or even battlefield conflict. Rather it is a cultural practice, performed on the already dead or a person in captivity. Although one of the aims of decapitation was to kill, the process of severing a head from a body could mean several things at once: a public statement of power/powerlessness; an act of dehumanization; recognition of the head as a magical or uncanny object; symbolic of the beginning or end of a new regime or ‘body politic’. 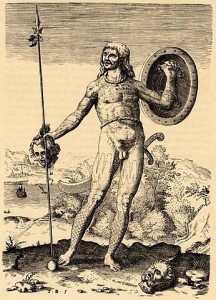 The Celtic peoples of northwest Europe during the Iron Age were particularly associated with the decapitation of the heads of their enemies. According to the Greek geographer Strabo (c. 63 BCE-24 CE), the Celts departed battlefields with their enemies heads slung around the necks of their horses. They then brought them home and nailed them above the entrance way as a meaningful symbol. The Victorian antiquary Sabine Baring-Gould believed the carvings of human heads that appeared over the gables of buildings all over modern Europe were the echoes of this pan-European tradition of using the skulls of humans or horses as protective objects. Contextual evidence for an extensive social and cosmological interest in the severed head can be found in the archaeological record and in the oral traditions of Celtic groups, although they were certainly not the only people to ascribe manifold meanings to this form of dismemberment.

So, to sum up, there were numerous non-criminal motivations for dismemberment in the period before the emergence of state-based agricultural societies, and both the honourable and dishonourable mutilation of living and recently dead persons was customary and socially-sanctioned in prehistoric societies. It should be noted however that some people were more at risk of dismemberment than others because of the logic of pars pro toto whereby a body part – detachable, mobile, and socially significant – came to stand in for the whole body. In Christian and Orthodox Europe the bodies of saints were transformed into mobile holy parts, while on the other hand scapegoats such as prisoners of war have always been at risk of dehumanization and dismemberment by their captors. Dismemberment as criminocentric – that is, as a criminal punishment or as a criminal process carried out by particularly deviant people – will be discussed in a future post.

Shane McCorristine is an interdisciplinary historian with interests in the ‘night side’ of modern experience – social attitudes towards dreams, death, hallucinations, and the supernatural. Shane was a Wellcome postdoctoral fellow on the ‘Harnessing the Power of the Criminal Corpse’ project at Leicester and is the author of William Corder and the Red Barn Murder: Journeys of the Criminal Body (Palgrave Macmillan, 2014).

One response to “Dismemberment in Prehistory – Not Just for the Criminally Insane. By Shane McCorristine”