Posted by Emma Battell Lowman in The Power of the Criminal Corpse on February 8, 2016

Last week I was in Chester to examine a PhD thesis there (congratulations to Dr Ruth Nugent – the third person to complete a PhD in the young and dynamic archaeology department there, under the guidance of Howard Williams). As a side note, Howard’s terrific blog, Archaeodeath, is always full of interesting reflections on the archaeology of death and lots of photos of beautiful north Wales and west Cheshire.

Anyway, Ruth’s PhD was about the significance of touch in the history and archaeology of the dead inside English cathedrals, and her survey included both real bodies (burials, charnel, saints’ relics, etc.) and effigies (primarily as sculptural tomb monuments). One of the things she looked at was the iconoclastic damage done to effigial bodies during the sixteenth-century Reformation and the seventeenth-century Commonwealth. Damage to both bodies and monuments also took place later, of course, but the eighteenth- and nineteenth-century damage was mostly caused by visitors inscribing graffiti or removing souvenirs, i.e. a desire for some sort of material association with the celebrated dead and the great building which presumably they tried to achieve by either inscribing their names into the enduring, physical memorial, or by literally owning a piece of the past. 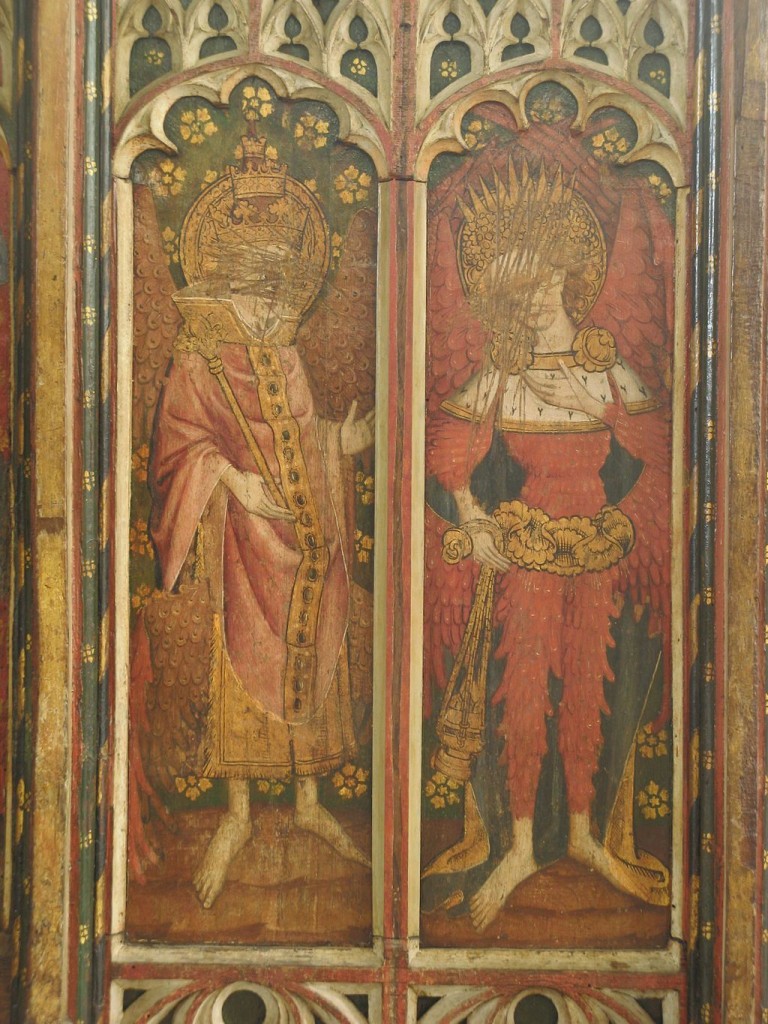 In the earlier period, however, iconoclasm was of a different nature. While the clinical precision of much early modern iconoclasm suggests that it was motivated by a need to comply with new religious or political directives, some tomb breaking was brutal and violent, suggesting a real emotional outpouring. Ruth Nugent pointed out that some archaeologists of emotion (and I need to put my own hand up here) have tended to focus on emotions around death of a rather sweet kind: grief, love, bereavement, treasured memories, etc. which, while true, are not the whole story. Both the newly-dead and the ancient ancestor can be personally or symbolically the target of great anger, bitterness, hatred and revenge.

Dr Nugent’s writing about iconoclasm was inspired by an article written by Pamela Graves on the subject of iconoclasm and the body (published in Current Anthropology in 2008) which I immediately found and read. It’s terrific. It makes the points that the parts of the body most frequently targeted by iconoclasts – the head and the hands – were also the places where capital and corporal punishment frequently concentrated (her argument is far more sophisticated than that, and takes in whole areas of late medieval discourse about the body and its parts). Ruth’s PhD and Graves’s article prompted me to reflect on the way that things and simulacra can act as proxy for the body itself. This is clearly important for the purposes of ceremony (and Nigel Llewellyn has written some fabulous analysis of the role of effigial bodies in the context of late medieval and early modern elite funerals). But it is also relevant in the management of emotions where a likeness can stand for a person who is absent.

In the case of dissection and hanging in chains it is not an effigy that stands for a person, but the body itself. However, it is a body without life, awareness or personality. And like the effigy it can do duty as proxy for the living person, not only symbolically but also as the target of real and often extreme emotional responses. Emotions of love, grief and loss might be expressed, and maybe partially alleviated, by touching or even preserving part of the dead body – a lock of hair for example. Anger and hatred might be expressed by desecration. Several eighteenth-century accounts mention throwing stones or even shooting at a gibbeted corpse, as happened to the body of John Spencer, hung in chains near Scrooby in Nottinghamshire. 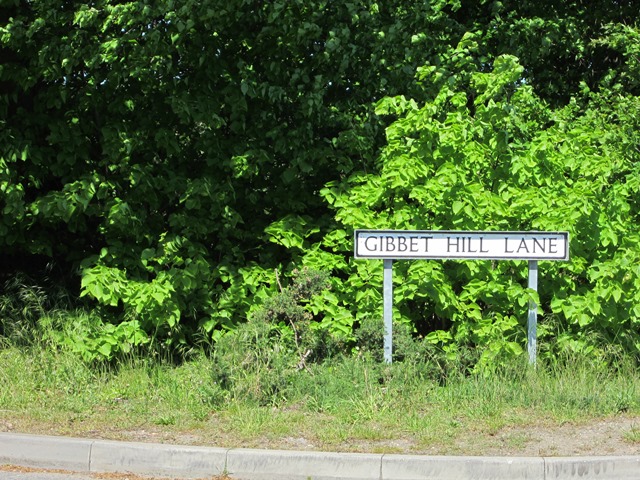 The location of Spence’s gibbet near Scrooby has left a mark in the road name.

One of the interesting insights from the project is how blurred is the line between person, thing and body, and how the dead body can be all of those things at the same time. Applying the theory and language of iconoclasm to the treatment of the criminal corpse has the potential to give us another way of reading this most ambiguous of cultural objects. 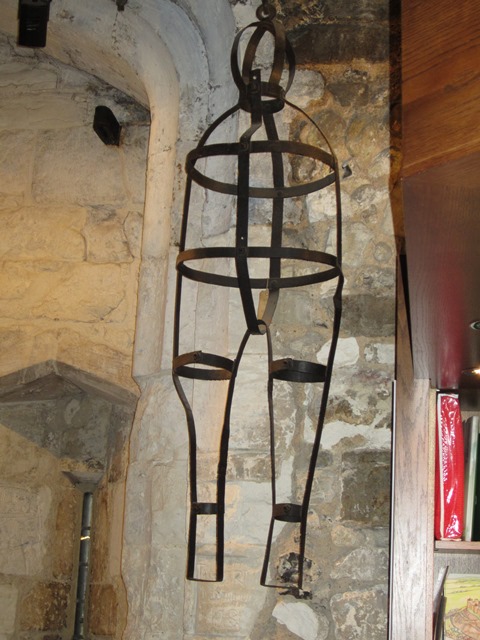 A gibbet cage – this one, at Winchester Museum, holds the body securely while allowing it to be clearly seen.

Professor Sarah Tarlow is Professor of Historical Archaeology at the University of Leicester and PI on the Wellcome-funded research programme ‘Harnessing the Power of the Criminal Corpse’.