As part of the ground based support for the Juno mission, I visited the Mauna Kea Observatories, Hawaii, in February through to the beginning of March this year. I was observing Jupiter’s Northern lights while Juno was speeding its way towards Jupiter. During this time, Juno’s instruments had been switch on and it was busy measuring the solar wind, which is the constant stream of particles following away from the sun and with them, dragging the Sun’s magnetic field. The conditions in the solar wind often change and this variability is known as space weather. By using Juno data alongside the observations I took of Jupiter’s aurora, we will be able to determine the effect of space weather on Jupiter’s aurora. 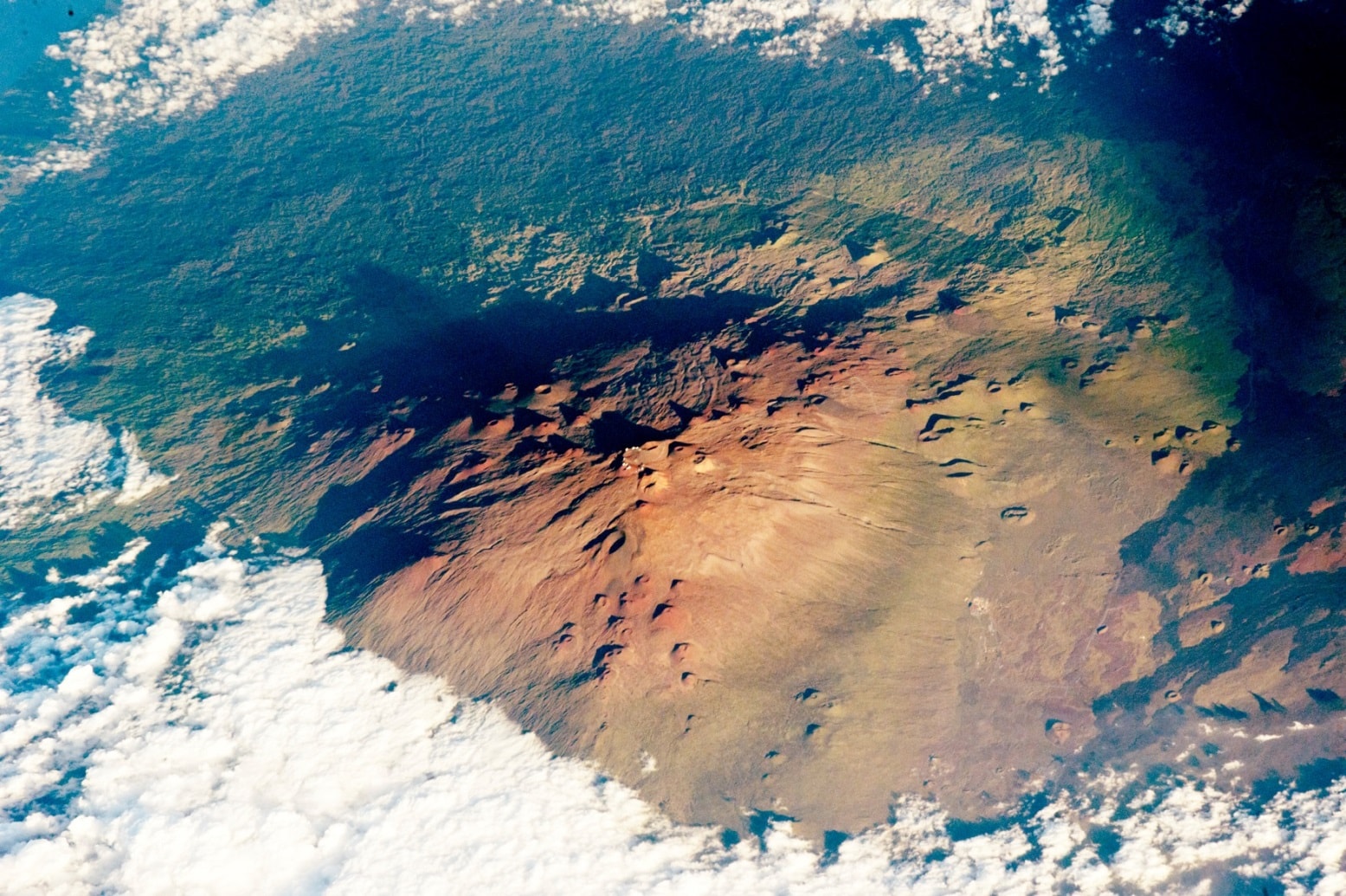 The Mauna Kea Observatories – an image captured by one of the astronauts on the ISS. Credit: NASA 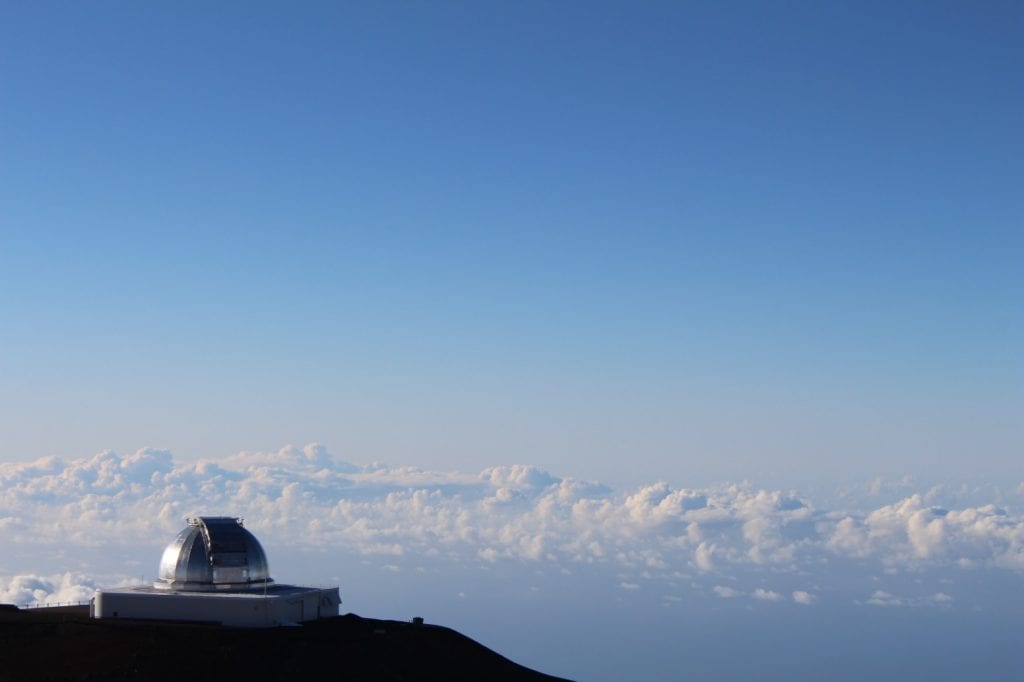 With a total of 13 telescope up on the summit of the volcano Mauna Kea, I feel like the term dormant is used loosely! Mauna Kea is arguably the best place in the world for astronomy; with a summit at about 4200 meters above sea level you’re observing well above most of the clouds, and due to a tropical inversion layer, the humidity is very low – fantastic for observing. The ocean surrounding the island keeps the air super stable compared to the thermals and other turbulent air flows that occur over land. As well as the excellent environmental factors, Mauna Kea is very well connected, as it is only a 45 minute drive away from the Eastern seaside town, Hilo. 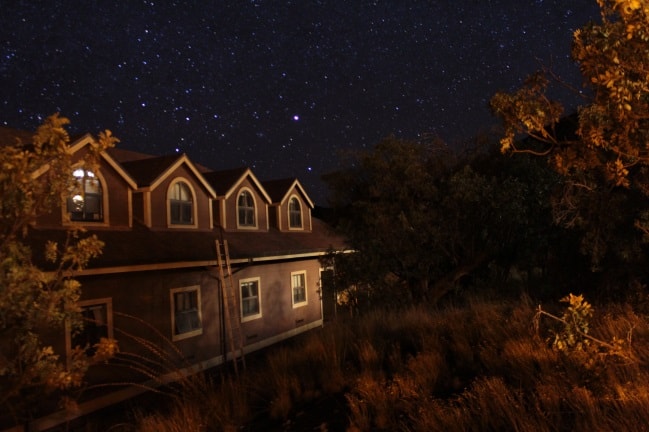 When going on your observing trip at IRTF you usually fly into Hilo and then make your way to the Institute for Astronomy where you can pick up an IRTF car and drive to the summit of Mauna Kea. Visiting astronomers can stay at Hale Pohaku, where you get a room and access 24 hour food (which includes access to unlimited ice cream – the ultimate midnight snack!). With 11 countries involved in the Mauna Kea observatories, Hake Pohaku houses an international community halfway up a volcano. As well as getting to know other astronomers from all around the world, it’s also fantastic to meet the telescope operators who are usually locals that have lived on the island for a long time and are an excellent source of local gossip.

The night before your scheduled observations, you have to go up to Hale Pohaku for an acclimatisation night. Hale Pohaku is at about 3000 meters above sea level, so an acclimatisation night usually involves a drive up to the summit for sunset and laugh at the tourists who are trying to huddle together in a beach towel, while you sit there warm in your winter jacket! Although quite pleasant in the day time, the summit is gets pretty cold at night. Snow can fall on the summit but there wasn’t any this February, even though it was supposed to be the rainy season. The rain hadn’t arrived due to La Nina, and drier conditions prevailed which meant I had fantastic clear skies for all 8 of my observations!

When travelling from the UK to Hawaii, a good tactic is to try not to adjust to the local time and stay on UK time, as Hawaii is about 10 hours behind the UK. By staying on UK time, the theory is you’ll adapt better to your nocturnal observing lifestyle. I spent about 2 to 4 days up the mountain and then 3 days down at sea level, and this was spread out over 5 week so I had no idea what time zone I was in for a whole month!

The great thing about being there for 5 weeks was that I became pretty adapt at the observing procedure. First, I would run calibrations, which I could do from Hale Pohaku since the observer before me was using a different instrument than CSHELL, so I could do the calibrations without interfering with their observations. The calibrations I did were taking measurements of spectra from an arc lamp, which is a lamp of known wavelength and this data is later used in wavelength calibrations. We also take darks and flats which is standard procedure during image processing. Darks are images taken when the light to the instrument is completely blocked and flats are images taken when the light received by the instrument is from a uniform source. By removing these images from our Jupiter data then we can remove bad pixels and any irregularities in the final image.

Once the calibrations are completed I would drive up the mountain. The IRTF cars are huge 4 by 4s and have a manual mode which needs to be used as the road to the summit is a gravel track. The speed limit is 20 mph and so takes a while to get up to IRTF and once you’re close to the observatories you have to turn off your head lights so not to ruin any optical observing.

On arriving at IRTF, the first thing that happens is the instrument is changed by the telescope operator. To test a new instrument, CSHELL had been temporarily removed from the telescope but when it was put back on, it had been replaced in a different orientation. We had a lot of trouble trying to figure out the rotation of the instrument, but eventually after taking several images or a wonky Jupiter, we figured out which way up we were and could start observing! 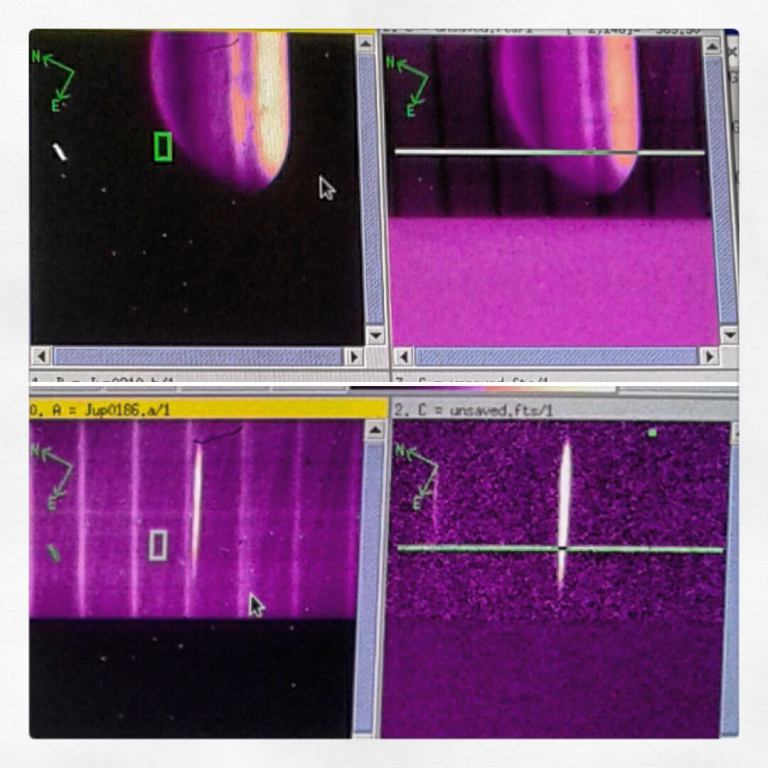 My allocated time slots were usually 3-4 hours, which finished up at sunrise. Just before we finished observing, we’d take a measurement of a star which is later used for brightness calibrations. Finally the telescope operator stows the telescope and we drive back down to Hale Pohaku for breakfast and bed!

It was a really exciting opportunity to observe at the IRTF and due to the excellent weather, the raw data looks really promising. I’m currently processing the IRTF aurora data and will be comparing it to Juno solar wind data soon! If you want to know more about my time observing and adventuring in Hawaii then please check out my blog: https://astrorosie.wordpress.com/ 🙂