The University of Leicester has a long history of involvement in cutting edge space and planetary research spanning more than five decades – a Leicester-built instrument has been operating in space every single year since 1967, and Leicester scientists and engineers have played vital roles in missions with many different space agencies, including NASA, ESA, JAXA (Japan) and ISRO (India). Leicester’s involvement in space research started in the 1960s with X-ray astronomy, participating in the Ariel satellite programme and using Skylark rockets to launch instruments into space. The theme of X-ray astronomy continued through to the end of the 20th century, with involvement in ROSAT and the enormously-successful XMM-Newton (launched in 1999 and still operating today), where Leicester provided the EPIC cameras for X-ray imaging. Leicester’s continued growth in the space sector led to the opening of a new University Space Research Centre in 1998 (now one of the six research groups in Physics and Astronomy) and the National Space Centre in 2001. 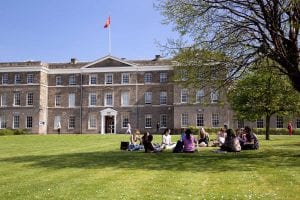 Planetary research got underway in the 1990s and continued into the 21st century, with participation in the Beagle 2 mission (so close, yet so far!) and Curiosity missions to Mars, and the Cassini mission in orbit around Saturn. Today, Leicester is leading the X-ray instrument soon to fly on BepiColombo to Mercury, and is deeply involved in development of the next big mission to Jupiter, ESA’s Jupiter Icy Moons Explorer (JUICE). Stan Cowley, professor of solar-planetary physics and co-investigator on Juno, started working on the plasma environments of the outer solar system with the Ulysses flyby of Jupiter in 1992. The research grew as it encompassed more sources of data, from Pioneer to Voyager and Galileo, developing theories for magnetosphere-ionosphere coupling with (then PhD student, now professor of planetary plasma physics) Emma Bunce. 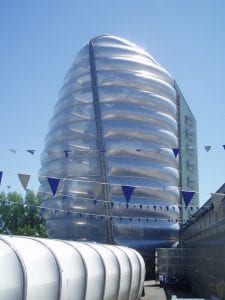 The rocket tower at the National Space Centre, Leicester

Stan Cowley was invited to become a co-investigator on the Juno project in 2003, at the time when it had been submitted to the ‘New Frontiers 2003’ announcement of opportunity under the leadership of Dr. Scott Bolton of the Southwest Research Institute (SwRI). The mission was initially targeted at a June 2009 launch, but this was postponed until 2011, at which point the total mission cost was expected to be $1.1 billion over the full mission lifetime. Leicester does not have any direct hardware involvement in the mission, but provides scientific expertise to the Juno science team and thematic working groups through Professor Cowley. In addition, Leicester planetary scientists are leading key elements of the Earth-based supporting programme, using observatories in Hawaii and Chile, as well as the Hubble Space Telescope, to provide additional spectral, spatial and temporal information to set the results of the Juno mission into their wider context.