Posted by Christian De Vito in Carceral Archipelago on March 9, 2015

In her last blog (https://staffblogs.le.ac.uk/carchipelago/2015/02/05/the-politics-of-comparison-writing-a-global-history-of-punishment/), Clare Anderson points to the challenges the Carceral Archipelago Project faces in writing the history of punishment as global history. Indeed, addressing the singularity of each site and connection of convict transportation and proposing broader interpretations is a complex task, which requires a high degree of self-reflexivity regarding our methodological approach.

One of the priorities is finding methodologies that suit our double focus on comparisons and connections: on the one hand we want to compare aspects and patterns of convict transportations within and across polities, and across time; on the other, we fully acknowledge the multiple and diverse connections that existed among those sites, created by penal transportation and by the circulation of other people, ideas, commodities, practices and technologies. The need to maintain this double focus makes us unsatisfied with traditional comparative methodologies, which tend to compare predefined patterns across pre-defined spatial units (usually overlapping with political and administrative territories). The history of convict transportation requires other types of comparisons, in order to foreground the high level of spatial mobility, the greater porosity of borders, and the intensive degree of inter-connectedness that characterise this historical phenomenon.

In this blog I seek to point to the potentials of seven methodologies that, in different ways, bring together comparisons and connections. For each, I include a visualisation of the core concept (which I hope you like!), note the key publications where the methodology is explained in detail, provide a brief description how the methodology works, and give one example of application to contents related to the Carceral Archipelago Project. This is the second part of the post, including information on three methodologies. For the first part of the post, see https://staffblogs.le.ac.uk/carchipelago/2015/03/02/comparisons-and-connections-part-1/ 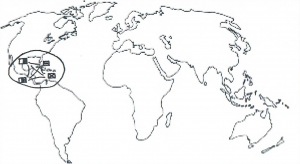 Border studies and the vast literature on “contact zones” have stressed the potential of focusing the research on specific places (like a city or an area within it) or regions (from the scale of a province to broader territories such as the Caribbean) in order to study the interactions and connections that exist(ed) within it, eventually across multiple administrative and political borders. A more specific variant of this approach has been proposed recently by Jeppe Mulich in “Microregionalism and intercolonial relations: the case of the Danish West Indies, 1730-1830”, Journal of Global History, 8, 2013, pp. 72-94. Mulich introduced the concept of the “inter-imperial microregion” in order to highlight “the density of networks and interactions found in certain areas with multiple competing polities” (p. 72). In addition, the author listed three distinct levels of cross-polity interactions in this type of regions: 1. “inter-imperial politics”, that is, “those interactions between formal imperial actors that influence the region in some way”; 2. “intercolonial relations” that “take place at the level of local political and legal authority”; 3. “trans-imperial networks” that “cross the nominal boundaries of different polities without the same degree of institutionalized formality as the previous two types” (p. 75).

Regarding the Carceral Archipelago Project, some inter-imperial micro-regions can be easily identified, such as the Caribbean. In the case of the Western Mediterranean, addressing the Islamic polities of North Africa, British Gibraltar and the Spanish settlements in the peninsula and in Ceuta and Oran would build a bridge between our research and the broader literature on captivity and slavery in the region; in turn, it would provide a refreshing perspective for those studies. Understanding and thinking through other regions as integrated spaces may provide new perspectives as well, as in the case of Sakhalin and Hokkaido. More generally, framing each penal colony or sub-system of penal colonies as contact zones crossed by multiple connections allows us to counter standard narratives about the isolation of these places, or the specificity of convict transportation in certain contexts. This is the key idea behind the session on “Connected Australia” that will open the Carceral Archipelago conference in 2015 (http://www2.le.ac.uk/departments/history/research/grants/CArchipelago/conference/conference-programme-coming-soon). In this session we investigate “provincializing” the master narrative of Australia as the standard penal colony and at the same time foregrounding the spatial complexity of penal transportation within Australia, and the multiple connections between Australia and other sites of convict transportation. 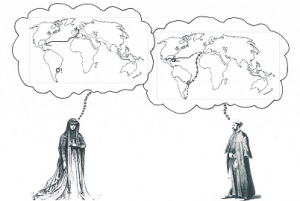 The “politics of comparison” was introduced by Ann Laura Stoler in “Tense and Tender Ties: The Politics of Comparison in North American History and (Post) Colonial Studies,” The Journal of American History, 88, 3 (Dec. 2001), pp. 829-865, and then expanded by Clare Anderson in order to address those comparisons that are made by historical agents themselves.

The key idea is to foreground those comparisons that were drawn by the historical actors themselves. In this way their perceptions and representations of the world emerge through the similarities and differences they highlighted between the various sites they lived in, visited, read of, and imagined. As I point out in other parts of this blog post, this approach can be nicely integrated with other methodological perspectives, and in particular with incorporating comparisons and inter-imperial micro-regions.

Clare Anderson’s post on this blog on 5 February 2015 provides further details on this approach, and examples of application to the Carceral Archipelago Project based on the global carriers of British colonial officers. Similar cases could be made for the Spanish empire, focusing for example on the carrier of the second Governor of the Malvinas islands, Francisco Gil y Lemos, who became Viceroy of New Granada in 1788 and Viceroy of Peru two years later, and consequently dealt with the management of transported convict on multiple locations. Moreover, especially prisoners’ petitions sometimes allow to reconstruct the convicts’ mental maps, and the comparisons they drew among various sites of punishment and free and unfree work. 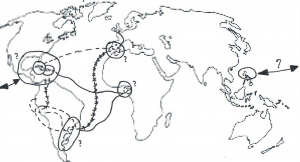 The incorporating comparisons approach aims to integrate “historical knowledge of changes in one set of places into the analysis of changes in other places”, and therefore also to “identify the changing conduits of influence linking groups and localities to one another” (2012, p. 177). In other words, comparison here is incorporated in histories of connected places, and the units of comparison are fully historicised: places, nations, nation states or nation state systems are seen as “dynamic, historically changing and mutually constituting configurations” (2012, p. 176). This double move arguably makes this approach a synthesis of some of the advantages of the other perspectives discussed here: it can be combined with reciprocal comparisons; it enhances the kind of reflexivity that characterises the histoire croisée approach; it highlights the connected origin of key historical phenomena; it is translocal so far as it foregrounds the “when, how and why” of historical phenomenon; it can be especially applied to inter-imperial micro-regions; and it can benefit from the “politics of comparisons” of the historical actors, as Sandra Curtis Comstock explicitly acknowledged.

This approach seems especially promising in addressing the emergence of new ideas and practices across various polities and scales. In the Carceral Archipelago Project it might be particularly useful for understanding the entanglements between the management of convict labour and other forms of coerced labour, at the crossroad of ideas and practices on punishment and labour commodification. The question of the degree of implementation of theoretical ideas about punishment can also be addressed through this approach.