At the end of August, I visited Tsukigata, a small town in Hokkaido where the Kabato Central Prison was located from 1881 to 1919. The town was established in the year when the prison opened, and named after its first director, Kiyoshi Tsukigata.

This town has unique sites that show the history of Hokkaido as an ex-penal colony. Among them is the Tsukigata Kabato Museum (http://www.town.tsukigata.hokkaido.jp/2994.htm), which was established in 1972 as Tsukigata gyokei shiryokan, thanks to the efforts of Shokichi Kumagai who is a local historian and a descendant of a warder. By himself, he collected materials related to the prison and convicts; these eventually became the collection of the museum. The museum displays the history of the central prison system in Japan, convicts’ labour and everyday life of convicts, through the use of archives, maps, shackles, and materials convicts used in everyday life including convicts’ artefacts. 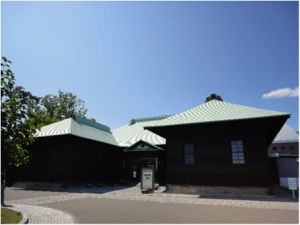 Fig. 1 Tsukigata Kabato Museum. This building is an ex-prison office established in 1886. 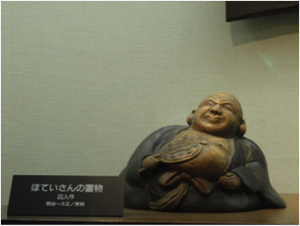 Fig. 2 Ornament of Hotei (one of seven deities of good luck) made by a convict. (Tsukigata Kabato Museum)

Central prisons were facilities in which felons and political offenders were confined from 1879 to 1919. First, two central prisons were established in Tokyo and Miyagi in 1879. Between 1881 and 1895, 3 central prisons and 2 branches were built in Hokkaido. In Kyushu, one opened in 1883. Most of central prisons were located in Hokkaido because it was a destination where convicts sentenced over 12 years servitude or exile were sent. Convicts from all over Japan were sent to Miyagi or Tokyo, and confined there for a while until they were transported to Hokkaido.
Hokkaido was the only penal colony under the penal code (issued in 1880), which was drafted by French jurist Boissonade. It thus included a Western-style convict transportation system. Hokkaido was Ainu land until its incorporated into Japan in the mid 19th century. Since then, the population of Japanese inhabitants has increased in seacoast areas. However, due to lack of infrastructure, development of inland areas did not progress . The Japanese government originally planned to use convicts for land clearing, agriculture or mining, and to settle them in Hokkaido after their term, following the practices of the Western penal colony system.

However, the government soon abandoned the original aim of creating convict settlements in Hokkaido. Instead, convicts began to be used as a disposable labour force for public construction, such as of roads and bridges, which facilitated migration inland. From 1890 onward, settlers from the mainland increased in number. At the imperial diet in 1892, some members of House of Representatives voiced worry about future increases of released convicts who settled in Hokkaido . In 1894, the government decided convicts should be sent back to the mainland before completing their term, because from this year onward, the release of hundreds of convicts was expected.

In Tsukigata, however, convicts are commemorated in a different way from other areas of Hokkaido. As this town was established as a prison town, key infrastructure, such as roads, Buddhist temples or irrigation canals, was constructed by convicts. Inhabitants today are still living with such visible legacies and appreciate convict accomplishments. According to Kumagai, around 1940, there were 5 or 6 ex-convicts in Tsukigata. Most of them were released in their 50’s or 60’s and did not have children. Thus there are not many convict descendants in Tsukigata today. However, ex-convicts were remembered as diligent and responsible persons who were cooperative in community activities. As they could not return to their home on the mainland for various reasons, they made efforts to become accepted by the community. 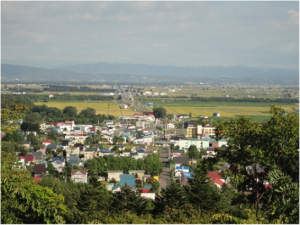 Fig. 3 The road stretching in the centre was constructed by convicts 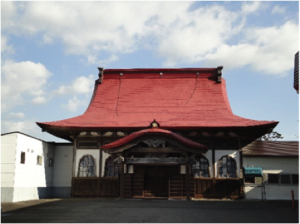 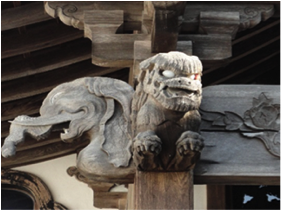 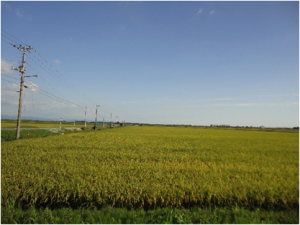 Fig. 6 Rice field which used to be cultivated by convicts

In the outskirts of Tsukigata, there is a convicts’ graveyard where 1,022 convicts are buried. From 1881 to 1919, 1,046 convicts died in the Kabato prison, mostly because of hard labour. Among them, only 24 convicts had families or relatives who took their dead bodies back to their homes. Today, in this graveyard, a memorial service is held by the town every year. 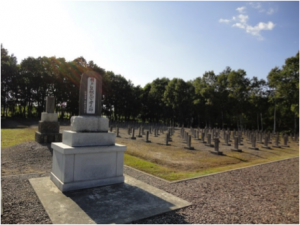 Acknowledgement: I am grateful to Kazuhiro Nomoto at the Tsukigata Kabato Museum for kind cooperation and instruction.

Dr Minako Sakata is a researcher in the Carceral Archipelago project, and a research associate of the Department of Area Studies, the Graduate School of Arts and Sciences, the University of Tokyo. Her research field is indigenous studies, especially focusing on ethnohistory and oral tradition studies of the Ainu in Japan.