Three days of incredible discussions at NYU Abu Dhabi. “How Migration Makes Meaning” brought together a small group of historians, anthropologists, writers, curators, and creative practitioners of film and photography, to discuss the convergences and coalescences of movement, mobility and circulation around and across the Atlantic and Indian Ocean worlds. Our interdisciplinary focus reaped rich rewards, as together we explored theory and method in making meaning of the diverse archives of enslavement and other forms of coerced labour. Amongst a wide range of issues, we discussed the limitations of archives and texts (Marisa Fuentes), we thought about the materiality of photographic albums and how to read photographic images (Deb Willis), and we considered various frameworks of understanding through which we might write “History” and fiction – as well as the relationship between the two (Maaza Mengiste & Caryl Phillips.) We learned of extraordinary ethnographic work amongst African-Americans returning to West Africa as slave fort tourists (Bayo Holsey); and of the complexities of the representation of enslavement in exhibitions and installations in museums and galleries in the Global North (Cheryl Finley).

A number of key themes emerged, and here I will mention just a few of them. The first is the need to foreground “mobility” and “circularity” in our analyses, in order to move away from Eurocentric assumptions that migration can be understood as movement from one fixed point on a map to another. Second was the challenge to western notions of the “medieval,” “early modern,” and “modern” as adequate categories to understand the long history of the internal coherence of the Indian Ocean as an integrated region. Other discussions ranged across the connections between inland and maritime space in producing migration; and the need to think beyond categories of production or liberal ideas of “freedom” in thinking about the experiential dimension of enslavement. Thus, “space,” “time,” and “categories” emerged as central pivots on which our panel discussions turned, and in particular the ways in which space and time inflect our categories of analysis. Many speakers’ local analyses helped us to work through the global politics of the production of “unfreedom,” as well as of “ethnicity” and “race” as processes of naturalization and becoming.

The interdisciplinary nature of our gathering was especially conducive for discussions of method. As an historian, it was particularly interesting to explore the craft of writing fiction through historiography and archival research, with the writers Caryl Phillips and Maaza Mengiste. Given my own interest in life-writing through the triangulation of archival texts, photographs, and work with convict descendants (Subaltern Lives, 2012), I was particularly taken with Maaza’s call to open our eyes to the politics of source location – which might extend beyond national or state libraries and repositories, even to flea markets. I was also struck by the need for further comparisons across contexts, and a better understanding of the relationship between the local and the global in the production of sources and archives, as well as in their interpretation. Until I began work on the Atlantic World for the Carceral Archipelago project in spring 2013, my work had been focused on the Indian Ocean. It was incredible to be given the opportunity at this conference to learn more about the politics of coerced labour, slavery and its aftermath in the Americas. For instance: I was struck by Deb Willis’ presentation of photographs of American slaves, and their contemporary usage as documents of identification and sources for racial anthropometry, which has so many resonances in my work on the photographing of transportation convicts in South and Southeast Asia (Legible Bodies, 2004.)

And, with our gathering in what is perhaps the fast-growing city of Abu Dhabi in the United Arab Emirates, which is being built by sojourners and migrant labourers from all over the world under conditions which have been investigated by Human Rights Watch, our attention perhaps inevitably and necessarily turned to the question: “What is History For?” We were invited to think about what purpose history serves: what it activates, how it generates or consolidates community formation, and how it is related to calls for social justice and reparation. Herman Bennett and Gwyn Campbell urged us to break down area studies, and to search for new concepts and terms that bridge national borders, and do the work that we want them to. There is, Gwyn reminded us from his Canadian vantage point, a direct link between the Indigenous degradations of settler colonialism in North America, continuing forms of oppression, and enslavement and servility.

The Carceral Archipelago project centres in its research across imperial and global contexts the many coalescences and convergences between Indigenous confinement, enslavement, convictism, indenture, bondage, and other forms of coerced migration and labour servility. In his use of contemporary writing and photographs, filmmaker Sam Pollard’s extraordinary documentary Slavery By Another Name brought an immediacy and ongoing relevance to our concerns. The film explores how emancipated slaves in the USA were, for what were in effect violations of restrictions on their mobility, re-enslaved as convicts, and put to work in mines, on railways, and at other forms of hard labour. I have found it very difficult to square Sam’s film, and what we know of the role of enslavement and its aftermath in the USA in the production of social, cultural and economic exclusion on a vast scale – not to mention the development of the prison industrial complex – with what Bayo had told us about West Africans had said to her in the tourist spaces of the slave forts: that the slave trade was a route to a new life in prosperity. We must, then, clearly and urgently, start to think about history and its aftermath as connected, and to move forward from understanding the intersections between the local and the global in striving for an inclusive social justice that spans Global North and South.

If historians and the humanities are to make themselves relevant, a shift in our praxis is necessary. In Abu Dhabi, this was underscored by Amir Al-Islam, who is an example to all of us in his advocacy work amongst prisoners and ex-prisoners. Thinking of a recent intervention in a collection edited by Antoinette Burton, Indian Ocean Worlds As Method, it is also clear that there is a need for us to rethink our epistemological approach to writing “History,” and to take family historians, genealogists and descendants seriously in our research, and to work together with them as co-producers of shared knowledge. In this respect, perhaps it is time for genealogies or archaeologies of the archive to be joined by a more ethnographic approach. I bring these thoughts to a close with a note on Michael Gomez’s conference call: for historians to shift their gaze from the past to the present, and for us to use our historical knowledge to engage with post-colonial and post-emancipation reconstruction, including though not limited to the making of claims on the state. His question was not bound up with the history of enslavement but with the simple and yet so much more profound: “What does freedom look like?” It is with that question that I end this piece. 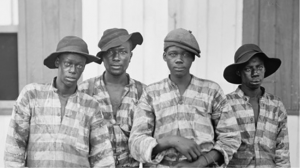 Slavery By Another Name: Official Selection of the 2012 Sundance Festival