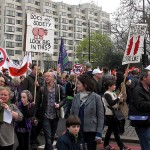 Posted by Martin Parker in School of Business Blog on June 25, 2014

This time next year, the School will be preparing to welcome over 500 delegates to the 9th International Conference in Critical Management Studies. Professor Martin Parker explains what the conference will be about and why it will be so important.  How can a School of Management have the cheek to be ‘critical’ of management? Schools […]

Thoresby Colliery and the Art of Minecraft

Posted by James Fitchett in School of Business Blog on April 30, 2014

James Fitchett, Professor of Marketing and Consumer Research at the School, traces the historical evolution of socio-economic illness in a Midlands city UK Coal recently announced the closure of the last remaining coal mines in Britain. The proposal will see the pits face a phased shutdown, with UK Coal’s six surface mines being sold off […]

Posted by Glynne Williams in School of Business Blog on April 16, 2014

The generation game is getting personal, according to Glynne Williams and Vanessa Beck. ‘Generation gap’ once referred to the gulf in culture and understanding between teenagers and their parents. Now that the baby boomers are approaching old age, however, it is made to refer to a pernicious economic divide. What began in 2008 as a […]

Boost for Research on Work and Employment

Posted by Melanie Simms in School of Business Blog on March 12, 2014

March 2014 saw the announcement of no less than eleven (11) separate investments into projects within the broad area of work and employment. The small grants of up to £2,500 will further boost the School of Management’s profile in this area since it merged with the Centre for Labour Market Studies (CLMS). Some of the […]

A Price worth Paying? Short Term Economic Recovery and the Loss of a Generation

Posted by Melanie Simms in School of Business Blog on February 5, 2014

Melanie Simms, Professor of Work and Employment at the School, highlights the under-reported blind-spot in the over-reported fact of an emergent economic recovery: today’s youth are unlikely to be experiencing it.     It is roughly a decade since researchers and policy makers began raising serious concerns about the approximately one million young people who are Not […]