Posted by Simon Dixon in Library Special Collections on January 20, 2017 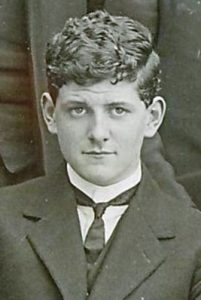 21st January 2017 marks the 100th anniversary of the death in action of Lieutenant Eric Henry Janson Teasdale, who at the age of just twenty gave his life during the First World War. Guest post by Sedtin Wan (Development and Alumni Relations Office).

Eric Henry Janson Teasdale, Lieutenant in the 1st Battalion serving in the Machine Gun Corps tragically passed away on the 21st January 1917 in France, Boulogne, after visiting his elder brother Edward George Teasdale in hospital earlier on that day.

Born in Leicester on 21st April 1896, Teasdale was the youngest son of Edward Henry and Fanny Henrietta Knox Teasdale, Leicestershire Hosiery manufacturer (Wooding & T). Eric Henry Janson Teasdale studied in Fareham then Canterbury where he served as a Private in the Officer Training Corps.

In 1914 Teasdale enlisted and worked for the Norwich Union Fire Society in Leicester, which led to him serving in the North Midlands Divisional Training where he become a 2nd Lieutenant. After being promoted to Lieutenant Teasdale volunteered to overseas services, where he attended a short course in Aldershot, then was seconded to duty in the Machine Gun Corps. After completing his training in the Machine Gun Corps, Teasdale was sent to the 1st Battalion.

Whilst his elder brother Edward George Teasdale served as a Private in the 16th Battalion, leaving France for the Italian front. Sadly, on the day of the handover to the 3rd Battalion Teasdale Senior tragically lost his life on 17th March 1918. The names of both men are recorded on the Teasdale family monument in Welford Road cemetery. 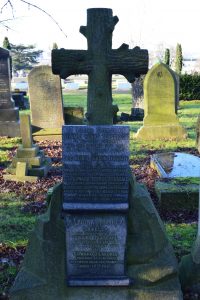 Eric Henry Janson Teasdale passed away at the age of 20 and Edward George Teasdale age 33. Their Sacrifice led to their mother Fanny Henrietta Knox Teasdale, of “Heathfield” on London Road, leaving a bequest worth £3,048 13s 4d to University College Leicester.

Mrs Teasdale’s generous bequest came with a request to have a memorial tablet in memory of her sons. The tablet was commissioned and can be found in the entrance of the Fielding Johnson building, with another tablet in memory of other men killed in the war associated with an in memoriam gift to the University College.

If anyone has any further information or photographs regarding the Teasdale brothers and their family, please do share them with us as we would be delighted to hear them.

With thanks to John Hamblin of King’s School, Canterbury, for permission to reproduce the above image. Eric Teasdale is also remembered on the King’s Canterbury Roll of Honour.