Evading a flogging by the Whipping Toms

Posted by Margaret Maclean in Library Special Collections on February 27, 2017

Prior to 1846, Leicester had its own very particular way of celebrating Shrove Tuesday, which precedes the start of Lent on Ash Wednesday and was therefore the occasion for an outburst of eating, drinking and riotous entertainments. A letter written by ‘J.C.B.’ to William Hone, author of the Year Book first published in 1829, explains where the celebrations took place:

‘On the south-western side of Leicester, and adjoining to the remains of its ancient castle … is a large open space in the shape of a cross, forming in the centre a handsome square surrounded by large and principally old fashioned mansions, occupied by the wealthy manufacturers and bankers of that thriving town. This space is called “the Newark” i.e. Newworks … It is open at three of the extreme ends of the cross, two of which are entered by ancient embattled gateways and the fourth is a Cul-de-sac’1. 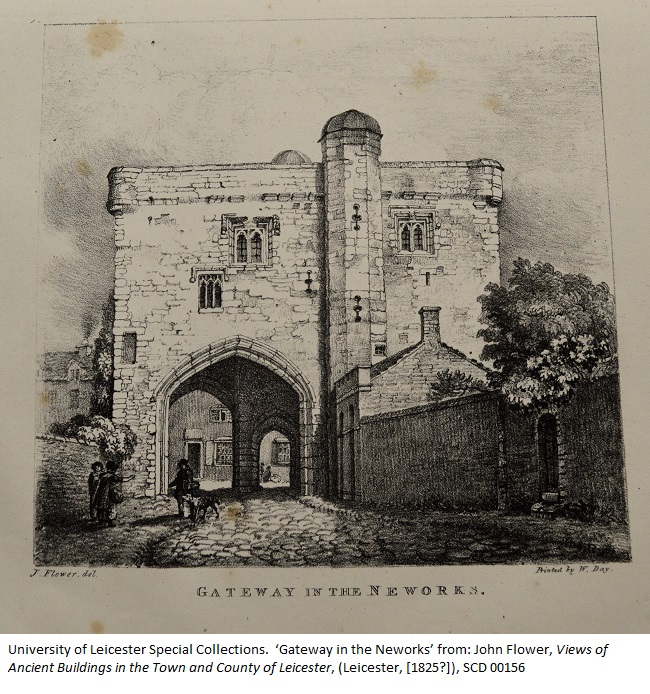 In the morning of Shrove Tuesday, a fair was held in the Newarke, with stalls selling food and drink and musical entertainment. At about midday, a game of ‘hockey’ or ‘single stick’ played by two teams of men and boys, began.  The players used hooked wooden sticks and the ball was also made of wood.  The goals were formed by the ends of the Newarke courtyard.  As there were no rules, the game became very rough and injuries were commonplace.  But this was only the prelude to the main entertainment of the day – the ‘Whipping Toms’. 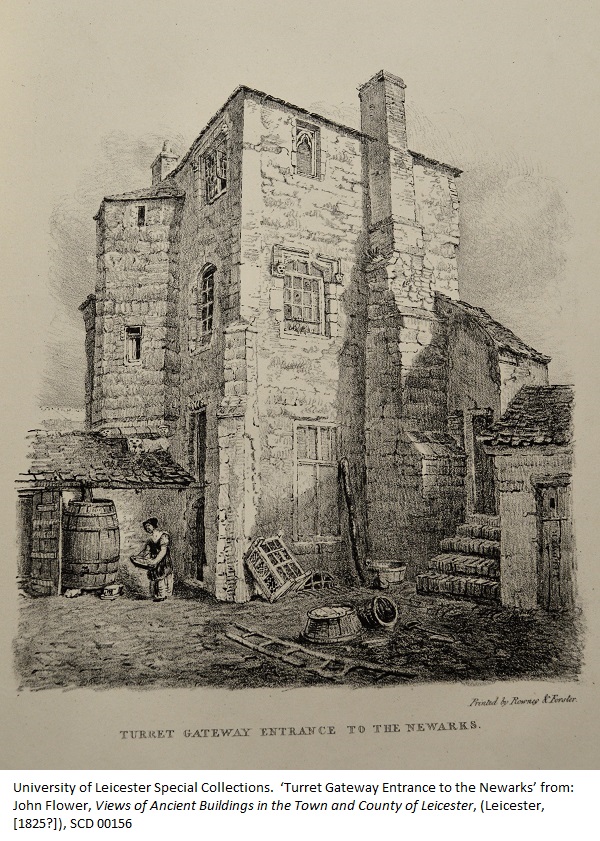 By one o’clock, any of the more timid onlookers would wisely have made themselves scarce. At this hour, three men clad in blue smocks and armed with ‘a large waggon whip’2 (a formidable weapon, capable of causing serious injury) appeared, attended by three other men, who carried a bell.  These were the ‘Whipping Toms’, who, as ‘J.C.B.’ explains, ‘[claimed] the right of flogging every person whom they [could] catch, while their attendant bell-man [could] keep ringing his bell’3.  Those hardier men and boys, who had remained in the crowd, would therefore surround the bell-men and try to capture the bell, running the risk of a severe whipping by doing so. 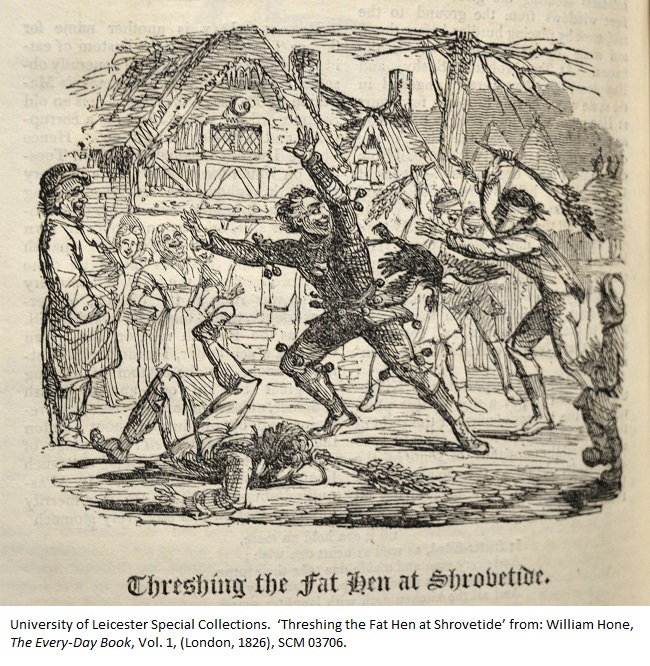 This 17th century Shrove Tuesday custom, described by Tusser, was reminiscent of the ‘Whipping Toms’ in Leicester in several respects. The chasers were armed with boughs rather than whips and were blindfolded. The object of the chase wore bells on his costume and had a hen tied to his back.

In theory, there were safeguards – the crowd wrapped their legs in ‘hay-bands in self-defence against what was to follow’4; according to Throsby, the ‘Toms’ were hampered by having a handkerchief tied over one eye; custom dictated that the ‘Toms’ were not allowed to use their whips above knee-level or on any who knelt in submission; payment of two pence to the ‘Toms’ would secure you immunity from attack.  However, the contest ‘lasted for several hours, during which the crowd of idlers who always remained in the Newarke was driven hither and thither by the rushes of the combatants, and a scene of great uproar and confusion prevailed’5.  Inevitably, therefore, the game degenerated into violence, with many wounded or seriously bruised and frequent fights springing up between the participants. 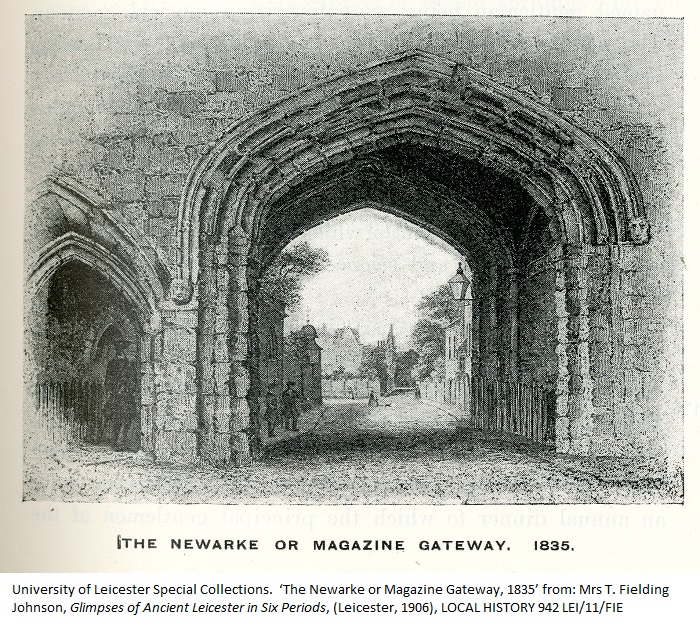 The origins of this custom are uncertain – it ‘was popularly supposed to commemorate the expulsion of the Danes from Leicester in the tenth century; but it more probably typified some obsolete possession or public right of way in the locality where it was held’6.  The extortion of two pence from many of the fearful onlookers also undoubtedly cemented its popularity with the main participants. 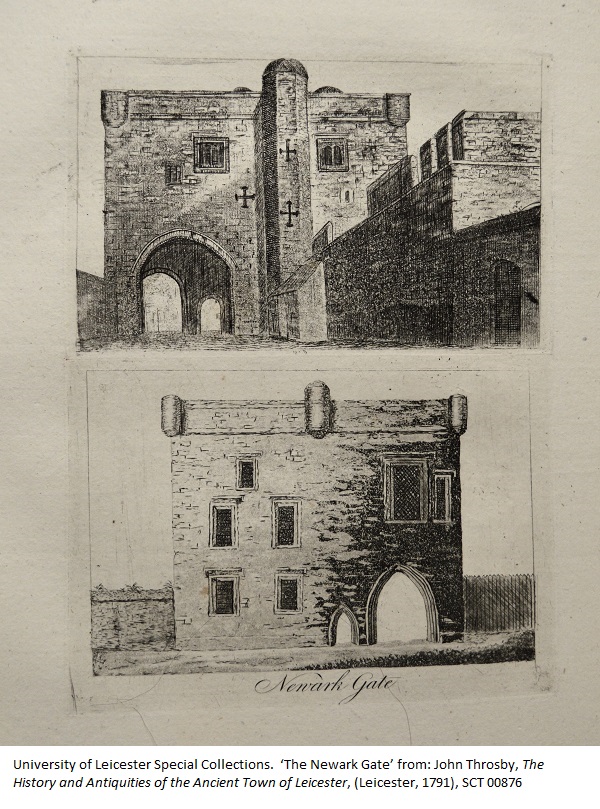 The custom was eventually outlawed by a clause in the Leicester Improvement Act of 1846. Mrs T. Fielding Johnson reports that, in the following year, ‘a mob, some of whom carried brick ends in old stockings, again assembled to claim the ancient right, the Mayor … was compelled to enforce the law and some sharp fighting ensued’7.  The authorities were eventually victorious, however, and, from then on, the Newarke on Shrove Tuesday became a more peaceful place. 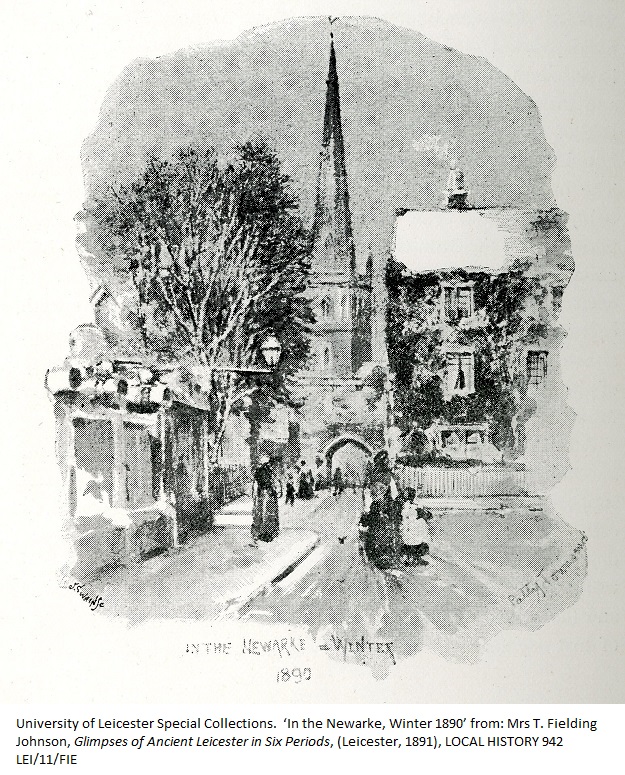