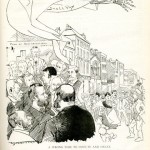 Posted by Margaret Maclean in Library Special Collections on May 5, 2015

From my reading of The Wyvern: a Topical, Critical & Humorous Journal published in Leicester around the turn of the century, I was shocked to learn that serious outbreaks of smallpox continued to be a problem in the city right up until 1902-4. During the second half of the 19th century, the corporation struggled with […] 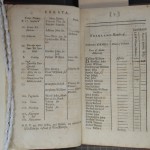 Posted by Simon Dixon in Library Special Collections on April 22, 2015

With a General Election campaign in full swing, it seems like a good time for some blog posts about the sources we hold on the history of British parliamentary elections. As we all head off to our local polling stations on 7 May, one thing that we will take for granted is that when we […]