The schoolboy sketches of John Leech

Posted by Margaret Maclean in Library Special Collections on June 5, 2017

The artist and illustrator John Leech, who became one of the foremost contributors to Punch and created the artwork for some of Dickens’ most popular works, notably A Christmas Carol, was born in 1817 in London, the son of the assistant proprietor of the London Coffee House.  He was sent to Charterhouse School from the age of seven, initially as a day pupil and then as a boarder, and went on to study medicine at St Bartholomew’s in London.  But in 1834 his father’s business collapsed and John Leech senior found himself in the court of bankruptcy.  With this loss of family income, his son could not hope to pursue a career in medicine and was compelled to turn to art, a hobby in which he had always shown outstanding talent, to make his living and to support his family. 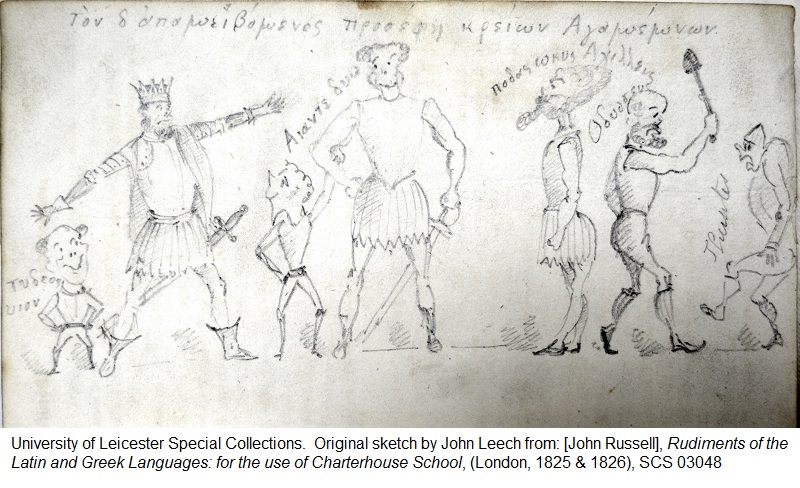 Leech did not distinguish himself academically at Charterhouse, but he was popular with his fellow-pupils. Charles Maitland, who first met Leech when he was only six and took the younger boy under his wing at school, described him as ‘a gentle, dear little fellow’1.  Another friend, H.O. Nethercote, remarked that he was ‘the most popular boy in the school’2. 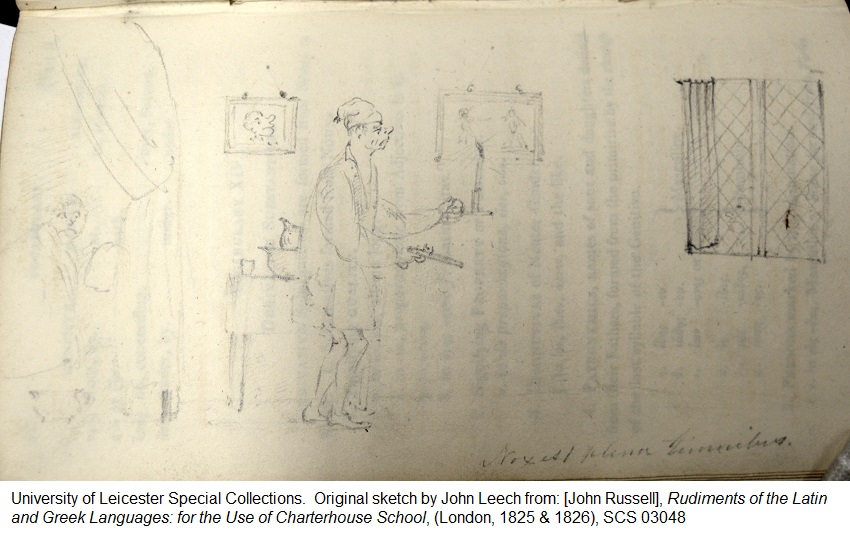 Leech self-confessedly found Latin exercises very difficult and simply ‘got somebody to do them for him’3.  In our collections, is a copy of the chief Latin and Greek textbook used at the school, which was written by the Charterhouse schoolmaster John Russell.  Our copy is inscribed ‘Berney’ on the cover and almost certainly belonged to George Berney, who was a fellow boarder in Churtons with Leech.  Its blank pages are filled with ‘doodles’, notable for their vitality and humour.  We are extremely grateful to the archivist at Charterhouse School for sharing with us some images from Leech’s own copy of this same textbook, which is also filled with illustrations on a similar range of themes.  A comparison of the drawings from the two books makes it plain that Leech was sketching for the entertainment of his friends, as well as himself. 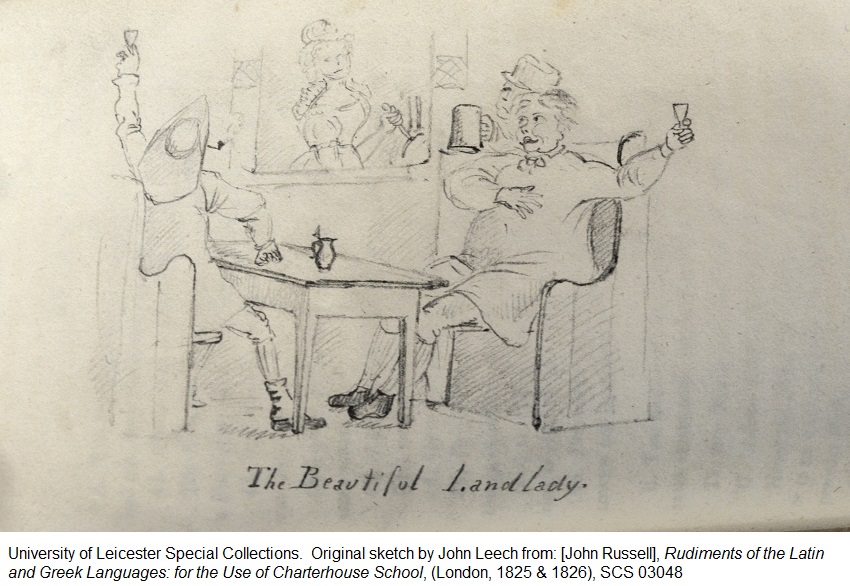 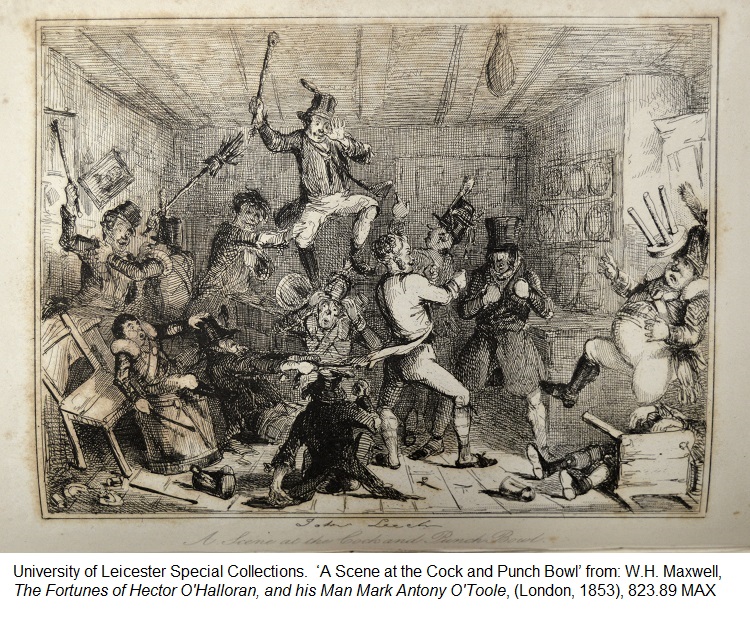 At Charterhouse, he was well known for his habit of ‘doodling’.  Maitland remembered that Leech bonded with a boy called Douglas, another talented caricaturist: ‘Leech copied several of his friend’s drawings, but … he soon abandoned copying and took to original work …’4.  Nethercote recalled that ‘the margins of [Leech’s] grammars were a delight to boyish eyes’5.  In later life, Leech still enjoyed sketching humorous little drawings on scraps of paper for friends and family6. 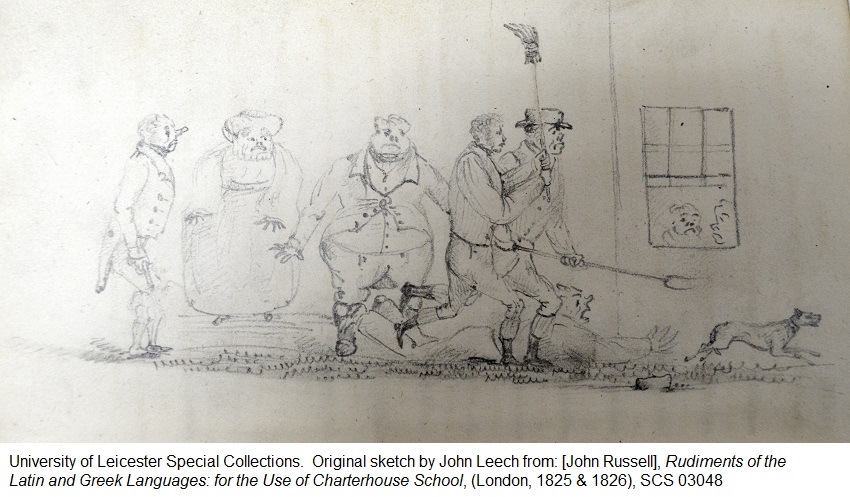 Some of the Charterhouse drawings illustrate the Latin and Greek exercises they accompany and many reflect Leech’s lifelong love for country pursuits. As a collection, they foreshadow the ‘verve and excitement’ of his later work, ‘that sense of capturing the passing minute, that desire to understand modern life by glimpsing’7. 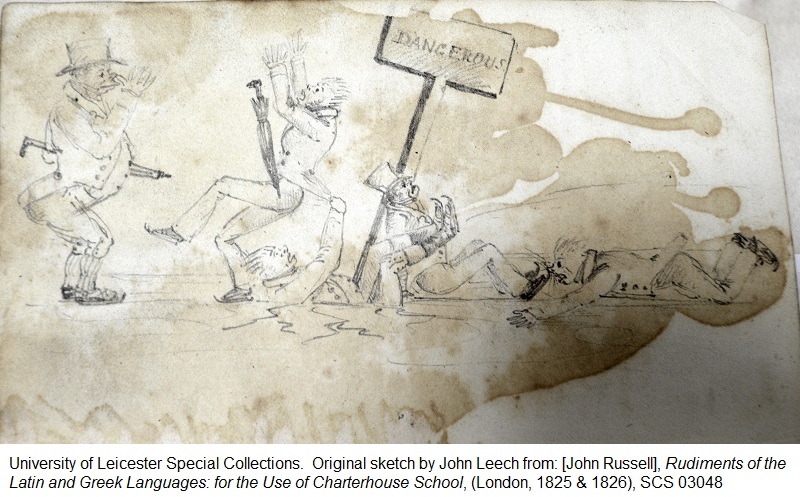 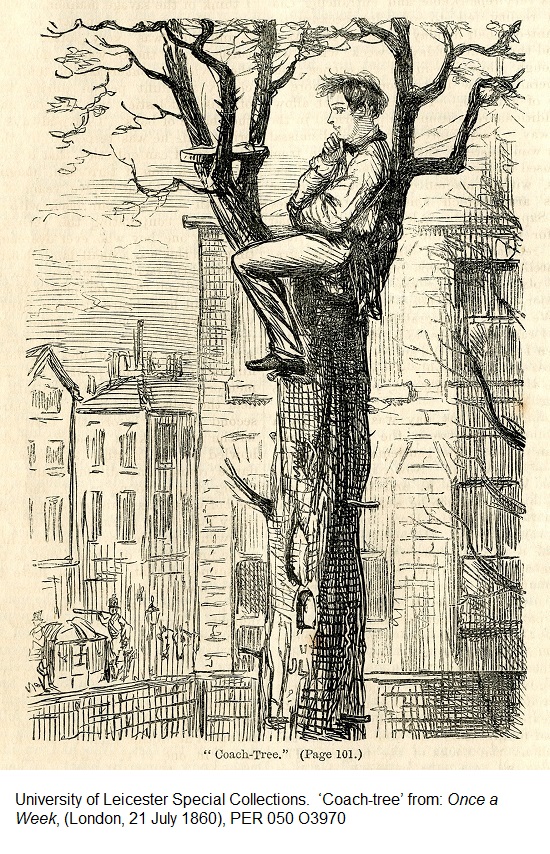 Leech’s letters home from school show that he struggled sometimes – ‘I am very unhappy’, ‘Send me a cake … [and] some money as soon as you can’8 – but Leech looked back on his time at Charterhouse with enough affection to return there with a friend, who wrote a piece about their visit for the magazine Once a Week in July 1860.  Leech even contributed this drawing of his boyhood self in the tree, from the branches of which he used to watch the mail- and stage-coaches pass on the road outside9. 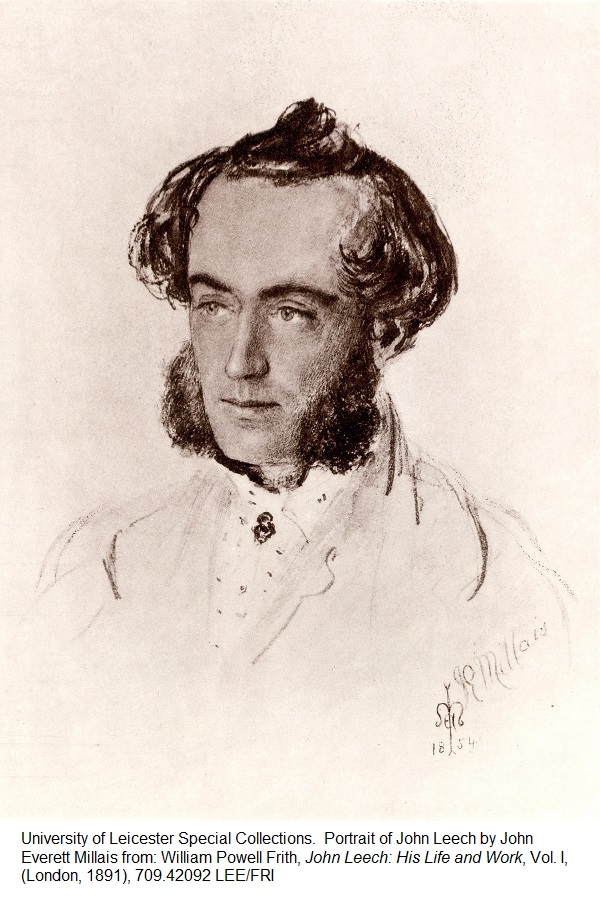 This portrait of Leech was painted by his friend, John Everett Millais, and pronounced by another friend, Holman Hunt, to be ‘undoubtedly the best portrait of the artist’10.  Dickens, through the mouth of his popular character Mrs Gamp, described Leech as ‘a tall, slim, melancolly gent, with dark hair and a bage voice’11. 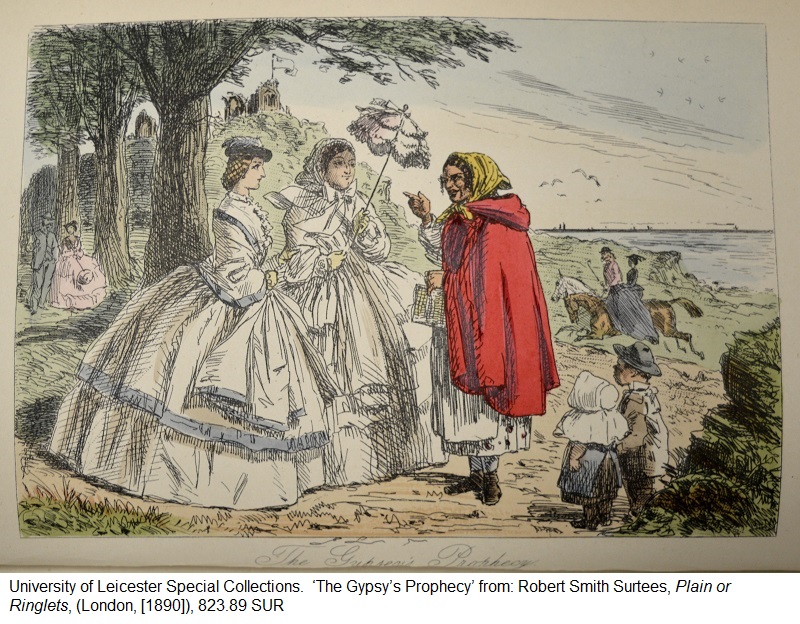 Although Leech’s art owed a debt to his famous predecessors, Rowlandson and Gillray, and, as a child, he had briefly been tutored by Cruikshank, his style was very much his own. ‘Leech had … naturalism, he needed no exaggeration, his duty was to portray impressions of society, not prejudices about it’12.  Dickens, a good friend, described Leech as ‘the very first Englishman who had made beauty a part of his art’13.  Leech himself put it in this way to a young Etonian, a chance acquaintance who had ambitions to become a caricaturist, ‘I don’t know about your taking lessons, except from Nature, and learn from her as much as possible’14. 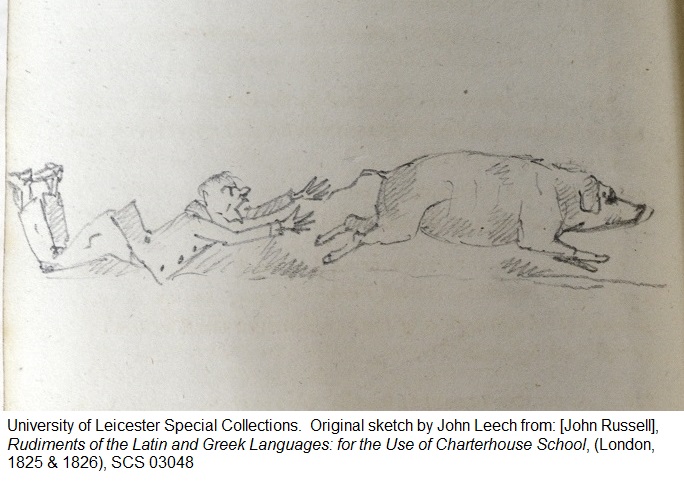 2 responses to “The schoolboy sketches of John Leech”