Posted by rwatson in Library Special Collections on June 23, 2017

With the end of the academic year comes the time where everyone packs their bags and treats themselves to a holiday. But the types of holidays people are choosing to go on has changed significantly over time. The East Midland Oral History Archive holds over 400 interviews that were conducted during the 1980s with residents from Leicester and Leicestershire.  Some of these interviews help provide an insight into the type of holidays that were about during the early 1900s.

Unlike today, where you would book off paid holidays from work for a week or two, “for the mass of the people in the eighteenth century, holidays consisted of a few day away from work which they were not paid” (Cormack, 1998, p3). During this time paid holidays where very rare and mainly reserved for the white-collar workers and the upper classes. In 1871 the Bank Holiday Act was introduced which brought about the beginning of official holidays and “was a step towards holidays with pay” (Cormack, 1998, P44). The first Holiday Pay Act wasn’t until 1938. This act “recommended, but did not mandate, one week’s annual paid vacation to all full-time workers” (Dawson, 2006, p277) 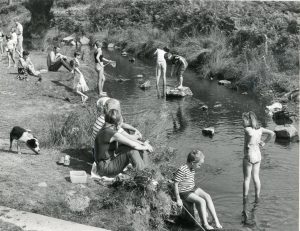 Many people who choose to go on holiday today don’t think twice to hopping on a plane and flying half way across the world. In the early 1900s things were quite different with holidays taking place a lot closer to home. Often within walking distance or a short train ride away, to places like Bradgate Park or Skegness. Sidney Colman remembers walking to Bradgate Park with a group of boys during the holidays. He recalls setting off in the morning, walking through fields near the village of Anstey. Once they were at the park they would play with a soft ball and have their lunch and then walk back in the afternoon. During the early 1900s going on day trips to places within walking distance was what the majority of people would do for their holidays as transportation and accommodation could be quite expensive. Phyllis Calow remembers that when she was dating her husband, they used to go on hikes that the Leicester Mercury would publish in their papers. She also recalls getting a tandem and going for bike rides in the countryside near Leicester.

When the train was first introduced it was for carrying goods and the idea of using it for a weekend away was far from people’s minds. In 1841 Thomas Cook organised his first railway excursion from Leicester to Loughborough. This may not seem far looking back on it today, but this was the birth of Thomas Cook’s package holidays all over the UK, Europe and eventually the world. As the train become a more reasonable mode of transport for the majority of people, holiday destinations changed.

Seaside holidays were very popular from the 1880s onwards, and due to a rise in wages and the railway becoming more accessible more people “flocked to the Coast in July and August in there thousands” (Cormack, 1998, p25). Day trips to the seaside were very popular as you didn’t have to pay for accommodation. In an interview with Arthur Boyall he remembers getting the train to Skegness for 2 Shillings (which is the equivalent of 24 Pence). He remembers setting off on the train at 4 o’clock in the afternoon, staying in Skegness for a couple of hours and then having to come back on the train. 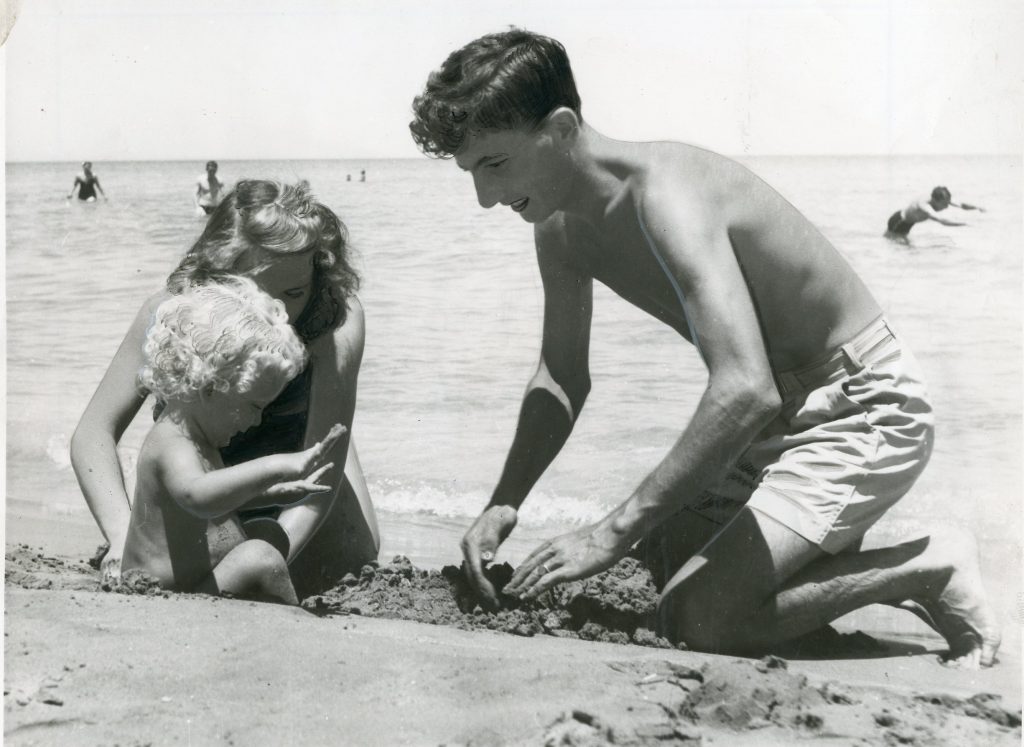 Many people in the early 1900s couldn’t afford to go on holiday, which led to charities, schools and churches organising outings for those who couldn’t afford to go on holiday, especially children. One such charity was the Leicester Poor boys’ and Girls’ Summer Camp Institute, who in the 1920s sent around 600 children to Mablethorpe each year. Linked below is a video appeal the charity released to raise money to help send the children to Mablethorpe for a Fortnight in 1920.

The video shows the journey to Mablethorpe by train and some of the activities the children do whilst at the summer camp, such as playing on the beach and learning about nature in an open air school. F. Birch is one of the boys who went on one of these camps. He remembers going with the boys from his school as their family couldn’t afford to go away for a holiday. As well as charities, school and churches also used to arrange outings for children from the poorer families. Sunday school trips would usually be held on a Saturday and “although they were subsidised out of church funds, each child was expected to make a small contribution, usually a shilling” (Cormack, 1998, p47). Then the Sunday school would take the children on a special train or coach to the country side for a picnic. Sheila Pell remembers some of these Sunday school outings, such as going to Wigston Park or Tamworth. She particularly remembers spending time at the open air swimming pool in Tamworth.

It can be argued that the designation for holidays is changing with more people choosing to leave the UK on holiday. But I don’t think the values and ideals of the holiday has changed that much over time. People still want to be able to get away and relax from work and spend quality time with their family or friends, even if this is just for a day at the local park or for a week at a sunny beach in Europe.