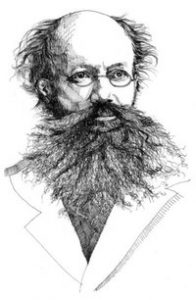 Peter Kropotkin is remembered today as a brilliant Russian social revolutionary, geographer, scientist, and anarchist writer.Less well known, however, is the name of the friend and co-conspirator who significantly prolonged Kropotkin’s life by engineering his remarkable prison break in 1876. Dr. Orest Edward Veimar, a St. Petersburg surgeon, was the chief architect of Kropotkin’s escape of which was later written, in New Century Magazine, “in originality of conception and ingenuity of execution, the escape of Kropotkin from the Military Hospital in St. Petersburg is probably unparalleled in prison annals. Twelve conspirators outside of the prison took part in it, but not one of them was ever arrested or suspected . . . the escape was made in broad daylight, about five in the afternoon, in the presence of three armed soldiers, and with such novel accessories as cherries, opera-hats, a louse, violin music, a black mare and a microscope.”[1]

Here’s how it happened.

Despite his aristocratic beginnings (Kropotkin was a descendant of Rurik, the founder of the Russian Empire; his father was a career soldier for the tsar), by the age of 32 he has been arrested on suspicion of connections with social revolutionary circles in St. Petersburg. After graduating first in his class from the prestigious School of Pages in Moscow, Kropotkin served as first lieutenant in the Ussuri regiment of Amur Cossacks in Transbaikalia. During those five years of years of service in Eastern Asia, he had the opportunity to explore, write for the Imperial Geographic Society, and read widely, including the political thought of Pierre Joseph Proudhon and Alexander Herzen.

In 1867 Kropotkin was named the secretary of the Geographical Society and began a course of mathematical study at St. Petersburg Imperial University. His deep interest in alleviating the condition of the peasants, however, led the young scholar to eventually choose the life of a revolutionary. Under the assumed name of Borodin, he became affiliated with a socialist group—the Circle of Tchaikovsky—and began to distribute anti-imperial pamphlets and deliver talks that were sympathetic in nature to the socialist agenda. 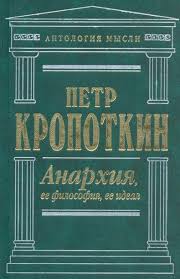 In 1874, Kropotkin was arrested on suspicion of involvement in anti-tsarist activities and sent to the Peter and Paul Fortress in St. Petersburg, one of the most dreaded tsarist prison and also home to the secret police, the Third Section[2]. From his cell, he continued to write about the Ice Age for the Russian Geographic Society, although denied access to legal counsel. Toward the end of the second year of imprisonment, his health in marked decline, Kropotkin was transported to the nearby Nikolaevsk Military Hospital.

The Plan
Shortly after Kropotkin’s transfer his political colleagues began to devise schemes for his escape. The plan of Dr. Orest Edward Veimar, a St Petersburg surgeon, was ultimately considered to be the most viable.

Veimar realized that although the hospital prisoners were held in a windowless building that held little promise for penetration, a chink in security was present: the approach of winter mandated that the gate to the stockaded hospital prison yard be left open afternoons to accommodate the delivery of firewood. Three sentries kept watch, and a policeman was usually stationed at the nearby corner. 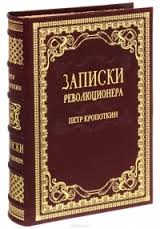 First, the escape vehicle was prepared. For several weeks prior to the day of escape, every afternoon a striking droshky,[3] drawn by a beautiful black mare and driven by a coachman, visited the military hospital. It carried two aristocratic individuals, a man and a woman, who alighted, entered the building as if to enquire after a prisoner, and then returned and departed about fifteen minutes later. The man was Dr. Veimar, and the woman was a personal friend of Kropotkin. As the weeks passed, the guards grew accustomed to the presence of the handsome carriage and ceased to notice it.

Several of Kropotkin’s other friends rented a nearby flat in order to maintain a clear view of the escape route. If all were going well, (they told Kropotkin via secret notes carried by a friendly hospital worker), one of them would play violin music near the flat’s open window. If trouble was afoot, however, the music would cease and Kropotkin should be wary. When he was ready to attempt escape, he should signal them by entering the prison courtyard and removing his hat.

On the afternoon of July 12 the escape unfolded with precision. First, Kropotkin’s colleagues hired all the taxis on the block in order to deprive the prison authorities of a means of speedy pursuit. At 4:30, as usual, the droshky pulled up to the hospital yard just as the gates were being opened for the wood delivery, and the woman entered the building while the man remained within. As this was occurring another conspirator, dressed peasant-style in a red shirt, sat down on the curb and began to eat cherries from his hat. His duty was to observe the disarming of the main sentry and communicate progress to those in the flat: if he threw his cherry stones to the right, the sentry had been disarmed; if to the left, the attempt was still in progress.

Concurrently, a young man resembling a civil servant approached the policeman and asked whether he knew of any nearby flats for rent (it was known that he was trying to lease one). The officer was easily persuaded to leave his post in order to show the young man the empty flat.

Finally, an apparently intoxicated peasant approached the main sentry and struck up a conversation on a most unlikely topic: an instrument that he alleged could make a louse appear as big as a dog. Sensing that the sentry did not believe him, the peasant produced a microscope from his pocket and urged the guard to find a louse in his hair that they might observe it at ‘dog size’. Half obliging, half eagerly and out of obvious deep boredom, the sentry put his musket down on the pavement and began to dig through the “peasant’s” hair for a louse. Observing the musket’s position, the man in the red shirt eating cherry pits from his hat threw two cherry pits to the right.

At just that moment the other two sentries had reached the far end of the pavement, away from the prison gate.

In a flat above the street a violinist began to play.

Kropotkin entered the prison yard and sprinted through its open gate for the droshky, casting off his hospital robe as he ran. The two marching sentries gave pursuit, but Kropotkin quickly dove into the carriage where Dr. Veimar waited, revolver close at hand. The black mare then galloped at high speed down the lane and into the greater city, away from the prison hospital, as inside the carriage Veimar and Kropotkin disguised themselves in cloaks and opera hats. After a quick stop at Kropotkin’s sister-in-law for a change of clothing, they hastened to a barbershop where the prisoner’s long beard was shaven clean.

George Kennan, to whom one of the participating conspirators personally described the escape, wrote later, “the chances were at least ten to one that it would fail, notwithstanding the extraordinary ingenuity with which it was planned; but every device and stratagem worked perfectly, and the prisoner dined that night in the most fashionable restaurant in St. Petersburg while the entire police force of the capital was ransacking the city in search of him.”[5]

After his escape, Kropotkin traveled to England via Scandinavia under the name of Levashov. He would not return to Russia until 1917.

In proper tsarist fashion, however, Kropotkin’s sister Helene and sister-in-law the Princess Kropotkin were both thrown into

prison in retaliation for his escape. His brother was exiled to Siberia where he later committed suicide. Dr. Veimar was eventually sent to the mines of Kara, where he died, for his association with the plot to assassinate General Metzensef. One of the other conspirators who had kept watch in the bungalow was later exiled to Siberia on suspicion of an unrelated political conspiracy.

Kropotkin returned to Russia after the Bolshevik Revolution. He was offered a governmental position that he rejected due to his anarchist convictions. After his death, in 1921, Lenin permitted thousands of Kropotkin’s anarchist followers to carry anti-Bolshevik banners through the streets as part of the funeral procession.

One response to “The Great Escape”

Leave a Reply to Rob Click here to cancel reply.