Posted by Clare Anderson in Carceral Archipelago on October 7, 2015

During the last two years as an affiliated researcher with the Carceral Archipelago Project my work has taken some fascinating turns as the parameters I selected to define my research have unexpectedly expanded. Initially interested in the role of convicts transported to the Swan River Colony in Western Australia my efforts in the archives were primarily related to the records concerning their movement, labour and treatment. However, as I delved deeper into the colony’s limited workforce I discovered an intriguing history of coerced labour experiments that went far beyond the utilisation and introduction of convicts. Below I examine two intertwined methods that were trialled during the colony’s first two decades to highlight their role as a precursor to convict labour in 1850.

From its establishment in 1829 the Swan River colony was overwhelmed with labour difficulties that restricted the settlement’s early economic and social growth. By 1832, immigration had virtually ceased as unfavourable reports highlighting the colony’s disappointing condition spread throughout the empire. [1] In an attempt to combat the growing labour shortage numerous schemes aimed at encouraging immigrants were eagerly pursued. [2] As a result of the preparations made by several institutions within Britain and Western Australia 304 juveniles were transported to the colony as ‘apprentices’. [3] An arrangement that would later assist advocates of coerced labour in their endeavours to employ convicts in the development of Australia’s first free colony. 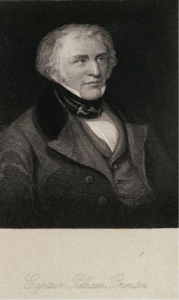 Captain Edward Pelham Brenton established the Society for the Suppression of Juvenile Vagrancy (later known as the Children’s Friend Society) in London.

The precedent for assisted child migration to Swan River was first established in 1834 by the Society for the Encouragement of Juvenile Emigration. [4] In accordance with the regulations advertised juvenile indentures were carefully restricted to ensure none exceeded the maximum age of 21 years for boys and 18 years for girls. In addition to being clothed and fed the juveniles received a small age related wage for their labour. Despite the Society being forced to deny accusations of ‘kidnapping’, the scheme did not have the power to send Juveniles out of the country without the consent of the child and their parents. [5] Whilst these guidelines were strictly adhered to, the Swan River colonists remained apprehensive concerning this form of immigration, arguing that the children were unable to ‘recognise the advantages and disadvantages’ of such a decision. [6] However, it was mounting criticism in Britain, regarding the welfare of the children sent to the Cape of Good Hope, which eventually brought the scheme to a close in 1839. Despite transporting only 70 juveniles this initial form of ‘assisted migration’ played an instrumental role in the colony’s next phase of coerced labour. 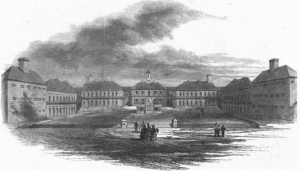 Located on the Isle of Wight in Britain, Parkhurst Prison was designated for the correction and reform of convicted boys in 1838. Although Parkhurst was recognised by the Home Office as having a ‘beneficial effect’ on the prisoners, the risk of recidivism remained a concern. [7] In an attempt to reduce the risks and provide the boys with an ‘honest’ and ‘creditable livelihood’ the British government proposed a plan to promote their ‘emigration’. Whilst the system shared many similarities to the rejected juvenile emigration schemes of the 1830s the emphasis had fundamentally shifted from the suppression of juvenile crime to the reformation of those already convicted. This change in status, from vagrant to convicted juvenile, altered the colonist’s opinion concerning the boy’s welfare and provided Swan River with the ability to employ children in a method that was now considered socially acceptable.

In the process of selecting suitable immigrants the boys were divided into two classes. The first group was designated for the older boys who were classified as free emigrants and deemed able to find situations in the colonies with only minimal assistance. Whilst the second was reserved for the younger boys whose youth and inexperience, they felt, rendered them in need of an apprenticeship. The original framework of the ‘juvenile immigration’ system to Van Diemen’s Land, New Zealand and Western Australia was outlined in 1842 by the members of the Parkhurst Prison Committee. Early guidelines for ‘juvenile apprentices’ suggested the length of the indentures be set for a minimum of two and a maximum of five years. Once in the colony the juveniles were to be placed under the protection of one individual, the Guardian of Government Juvenile Immigrants, whose responsibilities included the boys overall welfare and progress. In sharp contrast to these stipulations, decisions regarding the terms of their pardon and the additional legal powers required to control the juveniles remained unclear.

Whilst the colonists’ concerns in the removal and use of pauper children from Britain did not extend to convicted juveniles, the concept of introducing a criminal element into their free society remained an obstacle. In an attempt to transform the prisoners into acceptable immigrants the Colonial Office intervened recommending that each apprentice be granted an immediate pardon on condition of signing an indenture. In deference to the colonists feelings on convict labour the Colonial Secretary further stated that ‘in no case’ should the original sentence of transportation be revived. [8] Yet, once the juveniles, whose ages ranged from only 10 to 21 years, received a pardon they were far from free. Instead the boys were assigned without consultation to masters by the Guardian of Juvenile Immigrants. An arrangement that Gill notes, draws striking similarities to the assignment system employed in Eastern Australia’s penal colonies. [9] An oversight which emphasises the colonist’s increasing capacity to ignore the use of more controversial forms of labour.

The distinction between ’juvenile apprentices’ and convicts was further distorted following the government’s decision to fund the scheme. Unlike previous efforts to encourage the immigration of free settlers, the government gave way to the colonists’ anxieties relating to the costs involved, agreeing to pay for ‘conveying’, maintaining and supervising the boys on their arrival. The readiness Britain demonstrated to financially assist imperial labour systems heavily influenced later discussions to introduce convicts. Thus, in a bid to reconcile the economic and social needs of the colony Swan River inadvertently paved the way to its conversion as a penal colony.

After graduating in Modern History at De Montfort University in 2012 and completing an MA in history at the University of Leicester, Kellie Moss was appointed as Graduate Teaching Assistant Position in the School of History in 2013. Her research centres on the global integrations of convicts in Western Australia between the years 1850-1868, addressing the circulation and utilization of convicts from within the British Empire. Kellie is also currently an affiliated researcher on the ERC Carceral Archipelago project (2013-2018) coordinated by Prof. Clare Anderson.

2 responses to “Juvenile Immigrants: An Experiment in Convict Labour?”