Looking through the Record Office boxes

Posted by Colin Hyde in Library Special Collections on February 10, 2020 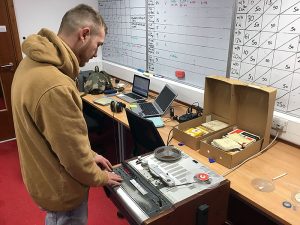 One of the features of the Unlocking Our Sound Heritage project is that we want to create the opportunity for volunteers to learn new skills. One of our volunteers, Ewan Shaw, has been working with old reel to reel tapes. There are several boxes sitting on the shelves of the Record Office for Leicestershire, Leicester & Rutland (ROLLR), that contain ¼” reel to reel tapes and are labelled SR (sound recordings).

As far as we can tell, Leicester’s museums service bought a reel to reel tape recorder in 1953 and used it to record both civic events and people of interest over the next decade. The tapes all seem to relate to Leicestershire & Rutland, although they haven’t been catalogued and there is no information about what they contain other than what is written on the tapes or their individual boxes. Ewan has been listening to the tapes and digitising them for posterity. This is something new for Ewan who is studying history with the Open University and is more used to dealing with medieval documents! These are some of the highlights: 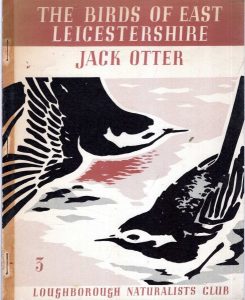 Jack Otter (1910-2003) was a local natural historian who was responsible for inspiring a generation of other natural historians through teaching and field trips. He taught for both the University of Leicester’s Department of Adult Education at Vaughan College and the Workers Educational Association. In 1977 the University awarded him a Master of Science in recognition of his services to adult education. His story is told in the book ‘Come and See This, Folks’ by Anne Kind.

Ewan has digitised a talk Otter gave to the Leicester Literary and Philosophical Society in 1966 on the subject of ‘Birds as Domesticated Animals’. You can hear a brief part of this speech in the audio clip below.

Ewan has also digitised the main speech from the opening of the ‘Railway Museum’ in 1968, in what had been the Stoneygate Tram Depot. The Depot was built in 1904 to coincide with the opening of the Corporation’s new electric tramway system on 18 May of that year. It was used as a tram depot for a relatively short period of time, being decommissioned in 1922. From 1922 to 1968 the Depot was leased to a number of different tenants in the motor trade. A long term tenant was the well-known company of H.A. Browett who used the Tram Depot from 1926 to 1968. 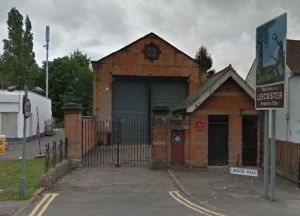 In 1968, the Tram Depot was used by the City’s Museums Department as a Railway Museum with the opening day being 27 July 1968. Admission charges were 2/- adult and 1/- children. The Railway Museum closed in 1975 and from that date the building has been leased from time to time to different businesses for the storage of vehicles, although there have also been periods when the premises have been empty. At the time of writing, the Leicester Transport Heritage Trust occupy the premises and have regular open days. They also plan to apply for funding to conserve the building and transform it into a Local Transport Heritage & Research Centre.

The history of Stoneygate Tram Depot (from which the above text has been taken) – https://www.ltht.org.uk/tram-depot/

Unveiling of the Bates & Wallace plaque

The plaque commemorating the achievements of the naturalists Bates & Wallace has been on the outside of New Walk Museum since the 1970s and we have now digitised the speech made by Professor Moon, of the University of Leicester, on that occasion. Prof. Moon was Emeritus Prof of Zoology and wrote a book about Bates & Wallace that was published in 1976.

Alfred Bates (born in Leicester) and Henry Wallace travelled on the Amazon River in 1847, after which Wallace independently discovered the principle of natural selection in 1858, while Bates gave the first scientific account of mimicry in animals. 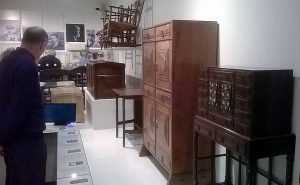 The Gimson gallery at New Walk Musuem as it was in 2013.

The Opening of the Gimson gallery

Ernest Gimson was an important designer and craftsman who was born in Leicester in 1864. In 1976, the New Walk Museum opened their collection of Ernest Gimson’s work to the public and invited the celebrated furniture maker Edward Barnsley to give the main speech, which was recorded and has now been digitised. Barnsley was the son of Gimson’s collaborator, Sidney Barnsley. Gimson and the Barnsleys are seen as key figures in the Arts and Crafts Movement and their influence on design has been immense.

The following clip is taken from the speech:

Gimson and Barnsley at Sapperton – https://gimson.leicester.gov.uk/ernest-gimson/moving-to-the-cotswolds/sapperton/

In January 1959 Mr W English of Braunstone was recorded in Leicester Museum singing a song passed down to him from his grandfather via his father. Mr English had a good voice and the song, which he doesn’t name, is called The Apple Tree. A quick Internet search shows that the song appeared in books of hymns and verse as early as 1829 and has more verses than Mr English sang. Folk music was very popular in Leicester at the time and you can read more about this here – https://leicester.omeka.net/exhibits/show/postwar/music/folk. Folk singers had also been recorded by the Leicester Tape Club in the 1950s, but we suspect this is one of the earliest local recordings of folk music and would be delighted if anyone can point us towards any earlier recordings. This clip is Mr English singing The Apple Tree:

How well did you understand the words? This is what Mr English sang:

“Old Johnny had an apple tree, healthy and green, it bore the best codlings that ever was seen, so beautiful, mellow and red.

And as they were ripe, and old Johnny was poor, he sold them to children that passed by his door, just to buy him a morsel of bread.

Little Dickie, his next neighbour, one often might see, with longing eyes viewing that nice apple tree and wishing a codling might fall.

Little boy take your hand from the bough, remember though old John, he can’t see you just now.

But there’s one who by night, just as well as by day, can see all you do and can hear all you say, from his glorious throne in the sky.”

NB ‘Codling’ was an old name given to culinary apples that need very little cooking to become soft and tender.

In 1964, JFL Nord, Keeper of Antiquities for Leicester’s museums service, recorded a local lady, Miss Bertha Kirby, who lived on West Street, Leicester, reminiscing about childhood in Leicester and recounting stories her mother had told her. These stories extended back to the mid-19th century and featured some fascinating memories of the development of the West Street/Regent Street area. Miss Kirby was born in the Market Place in the 1880s, but her mother had been born in a cottage on West Street in the 1850s when the surrounding streets were orchards. The recording is half an hour long and may well be the first formal oral history recording made in Leicester.

You can listen to the first five minutes of the recording and read a full transcript on the East Midlands Oral History Archive blog – https://eastmidsoha.home.blog/2020/05/12/a-rich-store-of-memories/

There will be more updates as we delve further into the Sound Recording boxes at the ROLLR.