Posted by Colin Hyde in Library Special Collections on June 20, 2019

Hello I’m Ellie Priestley, a second year Ancient History and History student here at the University of Leicester. As part of the work in one of my modules with Dr James Moore I became aware of the opportunity to work within the Library’s Special Collections as a volunteer with the Unlocking Our Sound Heritage Project headed by the British Library. 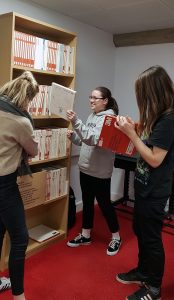 When I first met Colin and the rest of the team involved in the project, I had very little knowledge on the subject and was eager to find out why the British Library were prepared to take on such a large task just to save a few tapes?

It soon became apparent whilst doing some research that it was more than just ‘a few tapes’ that were to undergo the digitisation process and join the British Library’s already numerous collection of 6.5 million recordings. It was, in fact, just a ‘small pile’ of 500,000 recordings in various formats that by the end of 2022 will hopefully be a part of the online archive.

But why go to all this effort in saving these recordings? Well the short answer is that without this project these tapes will soon be lost to time and wear, and will soon be completely unplayable even in their original formats. The formats on which the sounds are recorded vary greatly from minidiscs, wax cylinders and lacquer discs, all of which, due to the rapid technological advancement of recording technology, are no longer having the devices needed to play them manufactured. Parts for old machines are subject to wear and tear, and to be serviced or repaired is both costly and in some cases, near impossible. For certain recordings, such as those found on the lacquer discs, it is the discs themselves that are degrading to the point at which some are unplayable. It is for these reasons that the digitisation process is so important, it allows the media and information to be transferred onto a much more stable platform which will be easily accessible for members of the public.

The next wave of my research took me into trying to further understanding oral histories and their importance to both historians and the wider general public. According to the oral historian Paul Thompson oral history was ‘the first kind of history’ dating back to Ancient Greek authors such as Thucydides who wrote his History of the Peloponnesian War by using accounts from eye-witnesses. It has been a feature of history for over a thousand years that allows us to gain insight to the varying perspectives and experiences of events that make up our history as a global society. It shows us the individual choices and paths taken that led up to certain events coming to pass, as well as how they were received within their context. For example, in another module I am using a book by the historian Eric Johnson ‘What We Knew: Terror, Mass Murder and Everyday Life in Nazi Germany’, which includes various interviews with both Jews and ex-Nazi soldiers as well as ordinary German citizens. This creates a personal insight to the events and gives details which are often left out by historians who focus on the facts and figures. Oral histories are often personal and important to us both now and for future generations. Oral histories allow people to express their own stories and voices through their own personal understanding of events and as such allow us to document the individual experience throughout history. This allows us to avoid making sweeping generalisations that can often dehumanise events. 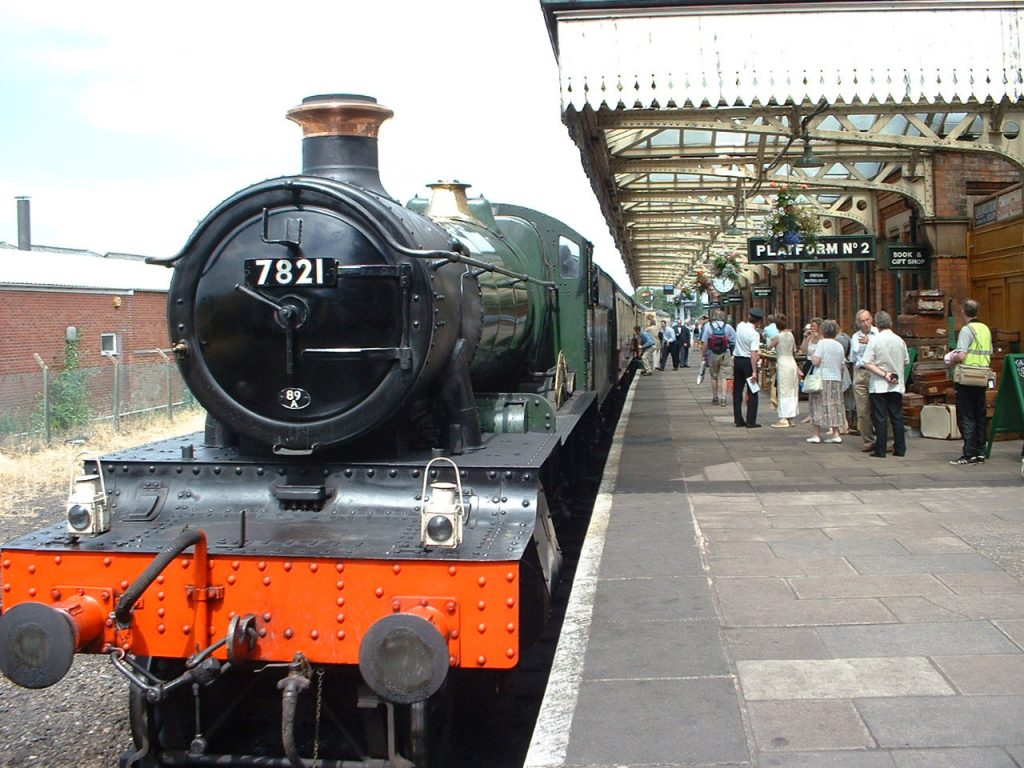 The Great Central Railway at Loughborough

My volunteering within the Special Collections has so far focused largely on cataloguing an old radio show called ‘Platform’ that was based in Leicester in the 1970s. This volunteering opportunity has allowed me first hand to experience the uniqueness of oral histories. Featuring interviews with people from all different classes and careers, it has provided an insight into both the local past of Leicester and its surrounding areas as well as the large cultural changes that have occurred since the show was originally broadcast. Whilst in 2019 the thought of being able to get a return train ticket to London from Leicester for the pocket change of £9.30 seems like an unreachable dream, back then it would be possible to get to Cardiff and back for little more (although one must remember that £9.30 was a large sum of money back in the day). It is also highly interesting to hear the wonder at which the presenters experience the new High Speed Trains that were being slowly implemented across the country, but nowadays are commonplace everywhere.

Overall, I have to say my experience so far volunteering with the Unlocking Our Sound Heritage project has been highly rewarding and an excellent experience into basic archival work. Not only has it been a useful experience in regards to my module work with Dr James Moore (which is always beneficial), it has also been a wonderful personal experience that as a historian I have so far thoroughly enjoyed and look forward to continuing. I highly recommend anyone who has an interest in any of the aforementioned subjects contact the Library Special Collections for volunteering work and take part in this excellent project with the British Library.