Posted by jcromby in School of Business Blog on April 29, 2015

Recently appointed Reader in Psychology at the School, John Cromby, provides a disturbingly plausible account of why Nigel Farage’s rhetoric has been so successful.   The United Kingdom’s electorate will soon pass judgment on David Cameron’s performance of what is perhaps the nation’s most important managerial role: the Prime Minister. The competition to beat (or join) […]

Posted by Angus Cameron in School of Business Blog on January 28, 2015

Amidst the occasionally apocalyptic commentaries on the likely consequences of Greece’s recent general election results, Angus Cameron, the Deputy Director of School, drives a wedge between the potential loss of the Euro and the historical ‘project’ of Europe Syriza’s victory has stimulated renewed speculation that Greece might withdraw from the Euro, putting the entire European […] 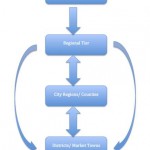