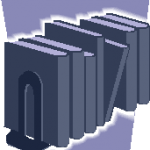 Posted by John in Bayesian Analysis with Stata on May 2, 2014

MCMC algorithms can be slow, so it is often necessary to pay particular attention to the efficiency of one’s code and usually this means programming in Mata. For this reason, the slice, griddy, ARS and ARMS samplers that are described in ‘Bayesian Analysis with Stata’ were programmed using Mata even though they can be called from either Mata […]