Posted by Colin Hyde in Library Special Collections on October 26, 2020

Archivist Gary Collins explains how the digitisation of an audio collection is enabling its contents to be used in a variety of ways, including for Coventry City of Culture 2021.

The opportunity to get one of Coventry University’s taped interview collections digitised by the British Library’s Unlocking Our Sound Heritage (UOSH) project, whose Midlands Hub is based at the University of Leicester, was too good to miss. The timing was perfect as well, so we were very pleased when Colin and Richard arrived in the university library in May 2019 to collect the recordings and take them back to Leicester for the digitisation process.

It was appropriate that we met in the library’s Lanchester Interactive Archive (LIA) space as the university’s Lanchester collection has many references to automobiles, and the material being picked up was the Donnelly & Thoms tapes, consisting of 1980s interviews with people who worked in the Coventry car industry. They were produced during research for a 1985 book by Coventry Polytechnic academics Professor Tom Donnelly and David Thoms.

Most of the 50 interviews on cassette tapes come with transcripts, a list of questions asked, and data sheets with personal and work information. The recordings were made by Donnelly & Thoms in what was a follow up to previous research and publications on work and industry in Coventry, carried out by Coventry Polytechnic history lecturer Kenneth Richardson in the late 1960s and early 1970s.

The Richardson tapes are also held by Coventry University Archives and available online. They cover the 1900s to the 1960s, and the Donnelly & Thoms material is focused on the 1970s and 1980s, a period which included the decline of the car industry. The Donnelly & Thoms tapes perfectly complement the Richardson collection (which covers the car industry in about half of its 160 tapes). They also fit in well with a Coventry car workers collection held by Coventry Archives that has also been digitised as part of the OUSH project. There is hardly any overlap between the people interviewed in these three collections and together they cover more ground, fill in gaps and provide a much better background and context for anyone listening to the recordings. 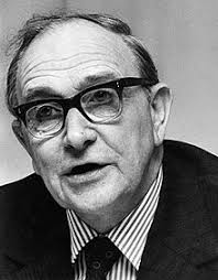 One person who was interviewed by Richardson and Donnelly & Thoms was Jack Jones, who talked about his work in Coventry as a full-time official of the Transport & General Workers’ Union (TGWU) following his return from Spain in 1938 after being wounded in the Spanish Civil War while serving in one of the International Brigades.

Jones played a key role in organising motor industry workers in Coventry during the Second World War and continued after the war in his position as the TGWU Regional Secretary. In his Donnelly & Thoms interview he is specifically asked to talk more about some of the subjects he covered in his earlier Richardson interview and also refers to other subjects such as equal pay for women, the high production in Coventry compared with the rest of the country, and getting locals to appreciate the ‘out of towners’ who moved into the area during the Second World War to help with war production. He mentions one incident in this extract from his Donnelly & Thoms interview concerning Harry Harley, founder of the Coventry Gauge & Tool Co., who had a revolver on the table during a meeting with him. He didn’t sound fazed about this, which is perhaps unsurprising because of his experiences in Spain.

The Richardson collection also has an interview with Harley’s son, who mentions that his father had a bit of a temper! 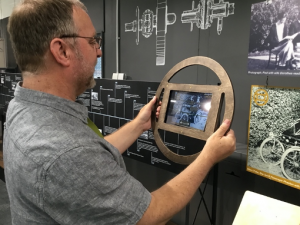 Gary using an AR tablet in the LIA space

The digitisation means that the interviews are much more accessible for potential use, and this includes for Coventry City of Culture 2021 projects. One of these is a Coventry University-funded initiative from the LIA team called Motor City Stories which will use the tapes as source material for the creation of a radio play, podcast, and stories about the car industry. If funding or resources are available there are plans to digitise the Donnelly & Thoms transcripts to make them available alongside the online interviews.

The Covid pandemic and lockdown has meant that this project may be smaller in scale or delayed because of uncertainty over budgets but we hope to see it completed soon.

It is very appropriate that the tapes will be used in this way, as it continues the LIA’s use of technology such as digitisation, augmented reality (AR), virtual reality (VR), games, apps, and online tools to bring source material to life. There are also plans to kit out the university’s 1932 Lanchester car to act as a travelling AR/VR/audio/film unit to spread the word about the Coventry car industry and Frederick Lanchester. 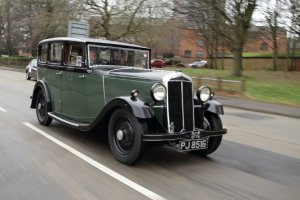 Professor Donnelly, who is still an Emeritus Professor at Coventry University, fully supported the digitisation of the recordings as they continue the purpose of his and David Thom’s book The Motor Car Industry in Coventry since the 1890’s: origins, development & structure (a much revised second edition was published in 2000 which had the subtitle ‘birth to renaissance’). The aims were to “explain the development of motor vehicle manufacture in Coventry since the end of the last century against the background of trends in the industry as a whole”, and to “highlight the city’s special contribution to the origins of the British car industry.”

If anyone is interested in finding out more about Jack Jones, he was also interviewed by the Imperial War Museum about his experiences during the Spanish Civil War.