Posted by Simon Dixon in Library Special Collections on September 25, 2015 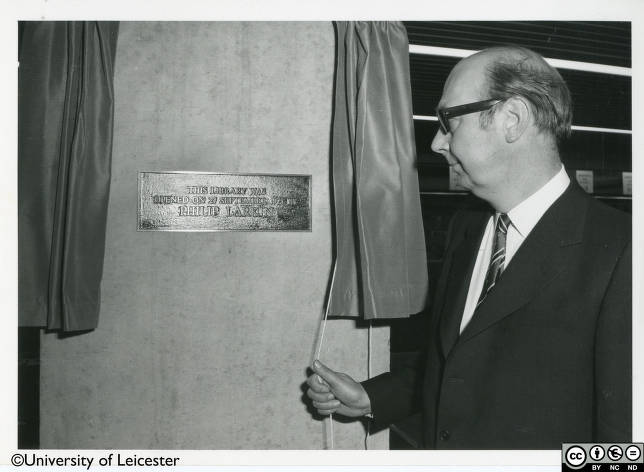 While repackaging the photograph series in the University Archives recently Rebecca, our intern, spotted that his weekend marks the 40th anniversary of the official opening of the new University Library by Philip Larkin on 27 September 1975. An honorary graduate of the University, the poet was also a former member of its library staff, having joined in 1946 as a Library Assistant. He left in 1950 to take up a position as sub-librarian at Queen’s University, Belfast, but continued his association with the University through his long-term relationship with Monica Jones, an Assistant Lecturer in the English Department.

Writing to the then University Librarian, Rhoda Bennett, four days before the opening ceremony Larkin commented that rather than looking forward to the event, ‘I am not at all looking forward to my ordeal on Saturday’. However, he ends the letter on a more light-hearted note, remarking that in trying to write his speech he found that ‘there don’t seem to be any jokes about libraries!’ (University of Leicester Archives, Philip Larkin to Rhoda Bennet, 23 September 1975). 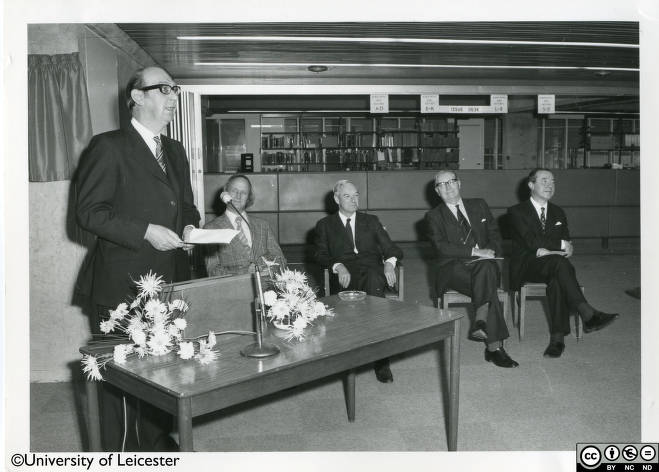 Larkin’s speech at the opening ceremony is available via the University’s Soundcloud account. In the recording, he entertains the crowd with his wit and references to his time with the University, describing the opening of the library as a symbolic moment for the institution and a powerful stimulus for learning. More photographs of the Library opening can be found on Special Collections Online. You can find out more about Larkin by searching the Library catalogue, or head straight to 821.91 on the shelves.