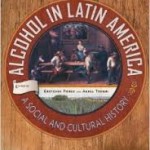 Cider in Unexpected Places? Rural Chile and the Cider Pressing

Posted by Deborah Toner in Consuming Authenticities on August 24, 2015

For most people the mention of authentic craft cider will probably lead to visions of Somerset and the West Country, so our project’s concentration on Welsh producers of craft cider posed some interesting questions. Contrary to some initial expectations, Emma-Jayne Abbots’s research has found that the Welsh-ness of the product is not that important to […] 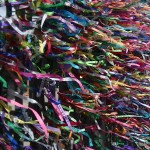 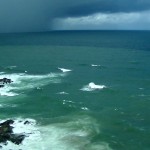 The storm comes from the sea. It’s like a curtain of fog. The Pestana is the first to go. Then, 5 minutes later, the Ondina Apart is covered. That’s when the rooftops go insane. Five kids carry on playing basketball in a communal field, blinking aquatically. Three others stand on a bus stop bench, […]

Posted by Elaine Forde in Consuming Authenticities on April 1, 2015

Whilst researching at the National Library of Wales I came across this book from 1842 (1819): “A practical treatise on breeding, rearing, and fattening all kinds of domestic poultry, pheasants, pigeons, and rabbits” by John Lawrence who was around from 1753 until 1839. At the back of the volume there was a quite in-depth section […]