A tax on authentic cider?

Posted by Elaine Forde in Consuming Authenticities on March 24, 2015

A new tax on cider, or more properly, the end of a tax exemption for small cider producers is currently being demanded by the European Union, at the same time as a PDO designation for Welsh cider is being proposed. It is predicted that the end of the exemption will have a detrimental effect on […] 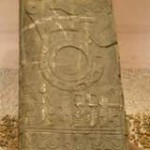 The Story of Pulque Part 2: A Tangle of Origins

Posted by Deborah Toner in Consuming Authenticities on March 18, 2015

In the last post, I described one of the stories about the discovery of pulque that was recorded in the 17th century and purportedly related to historical events that took place some 7 or 8 centuries previously, in the last generations of the Toltec empire. However, differing accounts of pulque’s origins circulated in pre-Columbian and […] 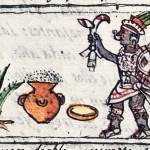 The Story of Pulque, Part 1

Posted by Deborah Toner in Consuming Authenticities on March 10, 2015

In the 17th century, the Mexican historian Fernando de Alva Ixtlilxochitl recorded a pre-Columbian legend about the origins of pulque. According to Ixtlilxochitl’s version, a noble maiden named Xochitl presented the 8th Toltec king – Tecpancaltzin – with a gift of pulque, a fermented alcoholic drink with a foamy, milky-white appearance. Xochitl’s father had learned […]

Posted in History of Alcohol, Time and Temporality | 4 Responses