The Story of Pulque Part 2: A Tangle of Origins

Posted by Deborah Toner in Consuming Authenticities on March 18, 2015

In the last post, I described one of the stories about the discovery of pulque that was recorded in the 17th century and purportedly related to historical events that took place some 7 or 8 centuries previously, in the last generations of the Toltec empire. However, differing accounts of pulque’s origins circulated in pre-Columbian and colonial Mexico, indicating how pulque has been involved in complex and changing relationships between myth, history, memory, heritage, politics and cultural identity for around a thousand years, or perhaps even longer. My research for the Consuming Authenticities project primarily concentrates on the more recent history of pulque’s entanglement in these relationships, but exploring the contested historical and mythic narratives about pulque’s origins in this longer time frame will help to shed light on the importance of temporal categories like timelessness and pre-Columbian histories to the later formulation of ideas about pulque and cultural authenticity.

Other sources from the 16th century attributed pulque’s origins to divine rather than human intervention, helping to locate pulque in the cycles of time that characterised pre-Columbian thinking about history. In one account, the first maguey plant – from which pulque is produced – grew from the bones of a goddess Mayahuel. 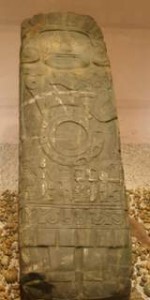 In another version, the gods transformed Mayahuel, a woman with 400 breasts, into the first maguey plant, so that her nutritive powers could go towards the production of pulque instead of milk. A third narrative attributed the discovery to a hunting god Mixcoatl-Camaxtli, who was also said to have created the original inhabitants of Central Mexico, who themselves were later sacrificed en masse to feed the sun.[1]

Sahagún’s famous Florentine Codex, also produced in the 16th century, claimed that the discovery of pulque took place in the early history of the Mexica (often referred to as the Aztecs) and had significant political consequences. In this account, Mayahuel was again involved, by discovering how to bore through to the heart of the maguey plant to reach its sap, while another, Pahtecatl, learned how to ferment it. At the first feast held in celebration of the discovery, one invited noble disgraced himself after becoming intoxicated and fled with his people the Huastecs back to their homeland. He had drunk 5 cups of pulque, while all the other political leaders partaking in the feast had the sanctioned 4 cups.[2] As well as helping to establish the Mexica as the political “hosts” of Central Mexico, discovering the beverage and inviting others to share it with them, this origins story conveys important social and political messages (or lessons) about balance, communality, respect and obedience.

The Xochitl story carries similar messages, transplanting the origins of pulque further back in time to the Toltec, from whom the Mexica’s historical narratives often claimed direct lineage and, thus, legitimacy for their rule centuries later. Also key to the Xochitl story is a tale of intoxicated disgrace, for her son becomes the last king Topiltzin-Quetzalcoatl, who would be tricked into extreme drunkenness, sleep with his sister, and flee the kingdom leaving his people in disarray.[3] Although in this vision, the Toltec came to an ignoble end, the Mexica (and many others in pre-Columbian Mexico) held the Toltec in high cultural esteem.

Although there were, therefore, many different narratives about the origins of pulque, they all make clear that having a historical or cultural connection to the origins of pulque carried value, as a statement of political legitimacy, as an acknowledgement of the beneficence of the gods, or as a means of locating contemporary cultural practice in time immemorial.

In the next part, we’ll consider how the ritual contexts of pulque consumption in the pre-Columbian period help to explain why the differing accounts of pulque’s historical and mythical origins carried such value.

One response to “The Story of Pulque Part 2: A Tangle of Origins”