Posted by Barbara Cooke in Waugh and Words on November 10, 2014 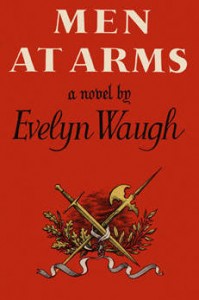 It felt particularly apt to be discussing Men at Arms, the first in Waugh’s World War II trilogy, on remembrance weekend. Our thoughts naturally flowed from discussing this conflict to other wars, both distant and uncomfortably close.

In this trilogy, Waugh is more overtly autobiographical than he has ever been before. While many of his protagonists are identifiable as versions of him, Guy Crouchback has a psychological and emotional depth not previously seen in the likes of Paul Pennyfeather or even (dare I say it) Charles Ryder, and Waugh has October the 29th as Guy’s birthday – his own is the 28th. This and the subsequent volumes of the trilogy draw heavily on Waugh’s own diaries from the time. 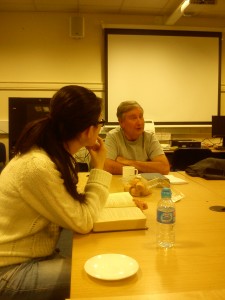 Members of the Waugh Book Group

Being presented with a more well-rounded central character (‘hero’ does not seem quite appropriate) gave us the opportunity to discuss Guy’s motivation for joining the British war effort in some depth. We are told at the beginning of the novel that he has spent eight lonely years in Italy, not much liked by the locals (he is not ‘simpatico’), and as soon as war looks inevitable he returns to England to make himself useful. This is harder than it seems, and Guy has to knock at many doors before finally finding a place with the Halberdiers, a suitably old-fashioned regiment which suits him very well.

Guy’s immediate emotional attachment to the Halberdiers seemed to many of us a good explanation of his motivation for joining up. Certainly, when we first meet Guy he is not filled with a burning desire to engage with the political battles of his day:

‘History is a living force,’ said the taxi-driver, quoting from an article he had lately read. ‘No one can put a stop to it and say: “After this date there will be no changes.” With nations as with me, some grow old. Some have too much, others too little. Then there must be an arrangement. But if it comes to war, they will have too little. They know that. They will not have a war.’
Guy heard the voice without vexation. Only one small question troubled him now: what to do with the cake…

(Others, less convinced of Guy’s impartiality, suspect him as a fascist sympathiser and a suitably absurd “file” is opened on him. This file is added to at odd points throughout the trilogy, as a whole conspiracy is invented around Guy, his accidents and associates). 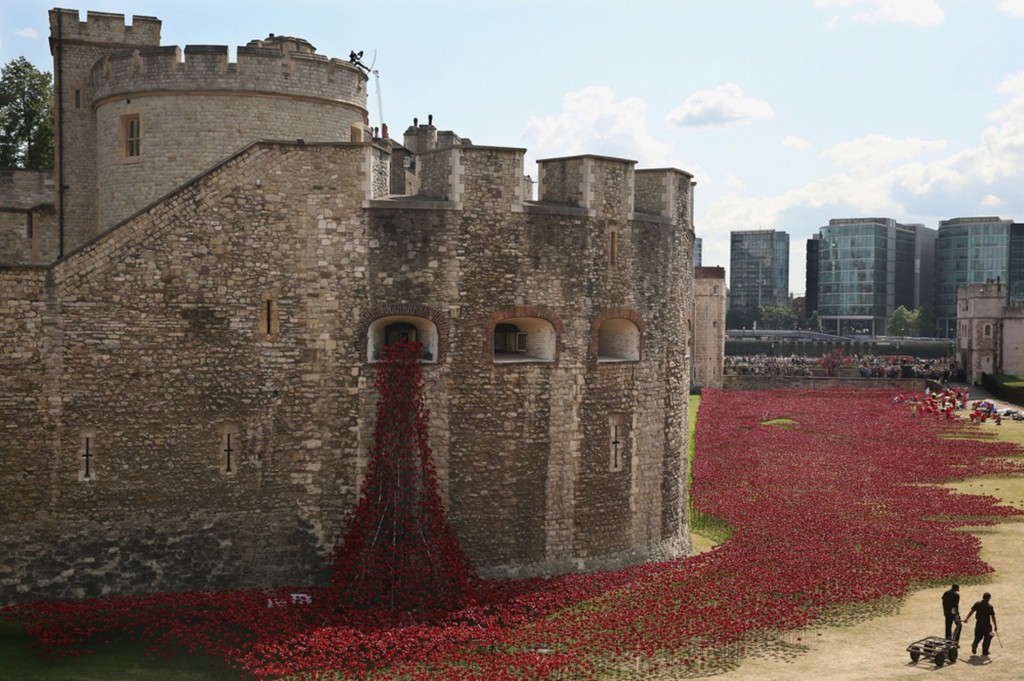 Poppy installation at the Tower of London, via the mirror.co.uk

Instead, Guy appears simply to want to belong somewhere, and have a purpose. We reflected that the Ministry of Defence has recruited on exactly these lines, such as in the 2006 campaign which features posters declaring ‘Watch Each Other’s Backs’ and ‘Forward as One’. Comforting ideas, perhaps, for someone not much liked. Incidentally, to us, Guy was a sympathetic character – but with sudden burst of behaviour that show his rift from other people. For example, like Waugh Guy is a strict Catholic. His wife Virginia has left him but, one night in London, he attempts to seduce her. He makes it painfully clear to Virginia that this is not particularly because he desires her for herself, but because she is the one woman with whom he can have sex without sin. Unsurprisingly, he is rebuffed:

Guy is superficially accepted with the Halberdiers, sharing with fellow older recruit Apthorpe the usually affectionate but sometimes derisory sobriquet of ‘Uncle’. Apthorpe is the comic foil to the more serious and reserved Guy. He is a total fantasist, full of stories of African exploits and glamorous relatives that are revealed to be entirely untrue. In this novel, which charts the beginning of a seismic, all-encompassing conflict, the most memorable narrative action is focussed on Apthorpe’s “field latrine”: an early-twentieth century portaloo known as the Thunderbox. Without wanting to issue too many spoilers, this Thunderbox proves the start of Apthorpe’s undoing. He is prepared to go to extreme lengths, in which Guy finds himself colluding, to ensure that no-one uses the Thunderbox but him. This draws Apthorpe into an indirect war with the insane, bloodthirsty yet strangely admirable Brigadier Ben Ritchie-Hook – a war he cannot hope to win.

Is it peculiarly British, we wondered, to make a single, elaborately constructed toilet gag the focal point of a war novel? Quite possibly. But, as we’ve come to expect, there is pathos in the absurdity and, as little Lord Tangent discovered in Decline and Fall, in Waugh it is the silliest accidents that prove the most damaging. The saga of the Thunderbox is at once riotously funny and perfectly illustrative of the sense of futility that haunts this book.

One response to “Book Group: Men at Arms”