Posted by University of Leicester in Waugh and Words on April 28, 2020 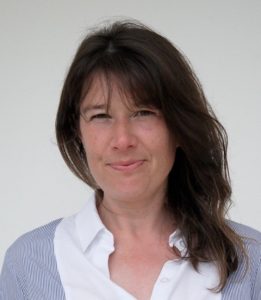 May 3rd is the Feast of the Finding of the True Cross. Here Sara Haslam, our volume editor for Evelyn Waugh’s novel about St Helena, reflects on the time she has spent with the woman Waugh credits with the discovery.

Helena, mother of Emperor Constantine, was in her seventies when she travelled to Jerusalem. She was famous enough in her own lifetime to have coins struck from her likeness – even before her son raised her to the rank of Augusta in around 326 AD. After her death legends arose attributing the finding of the True Cross to her, during the pilgrimage Helena did in fact undertake, perhaps to atone for her role in an outbreak of imperial murderousness. (Constantine had ordered the execution of Fausta, his second wife, and Crispus, his son by his first wife, some say with his mother’s encouragement.) 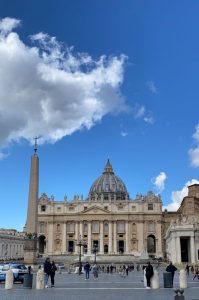 For most of Waugh’s lifetime, the Catholic Church honoured Helena in the Feast of the Finding of the True Cross, celebrated on this day, 3 May. I write as editor of Waugh’s own fictional celebration, Helena, published in 1950 and due out as volume 11 of the Complete Works of Evelyn Waugh later this year. Waugh’s Helena, directing a dig beneath ‘a westward slope of the hill of Golgotha’, refuses to let the workmen searching for the holy relics rest on the night before 3 May, and their labour is rewarded by the time the sun rises.

When I joined the Complete Works project some years ago, I did so as an editor of contemporary texts – rather than a Waugh scholar. I had read and enjoyed many of his novels, of course, and, thanks to being taught ‘A’ Level English by an ex-lawyer, had the structure of the Sword of Honour trilogy more or less by heart still. I had never contemplated serious research on Waugh, however, certainly not of the kind necessitated by an edition this comprehensive, and was aware of how much work I would have to do (though blissfully ignorant of how long it would take me).

I started work on the manuscript, tracing variants. Thinking for the Introduction came much later. Despite a rocky start, I fell hook, 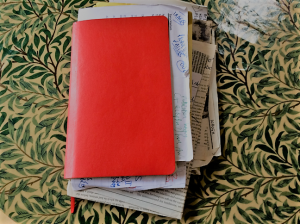 Sara’s notebook from the HRC archives in Texas. A treasured possession!

line and sinker for this novel. I recommend it now almost as boldly as Waugh himself did, partly because it’s so little known or read. At first, all I could see was a horsey British teenager; I got stuck on the ‘bosh’ and ‘rot’. Why write a historical novel at all if Penelope Betjeman – on whom Helena is loosely based – seems more present than anything else?

It was Waugh’s humour that worked to relax my scruples. Not his usual dark satire, but the pricking of pomposity, as when Helena gets the giggles at a gnostic preacher in full flow. I also became immersed in the historical context and its refreshing distance from my usual research.

More significant than either, however, though linked to the laughs, was my fascination with Waugh’s relationship with his protagonist. The more I read about Waugh, the more interesting it became. There is no ‘side’ to the Waugh putting Helena before his readers. There is careful observation, generosity towards a keen intellect, and, on more than one occasion, a tenderness which takes the breath away. As she is dying, Waugh gives Helena back her youthful experience of love to enjoy at the same time as her completion of her life’s faithful task. I loved that almost more than anything.

Waugh’s investment in his heroine was immense. His despair at a modernising Church marked his later years. But this pilgrim made him smile and hope. Today I stand with him, albeit on secular ground, to celebrate his questioning traveller. 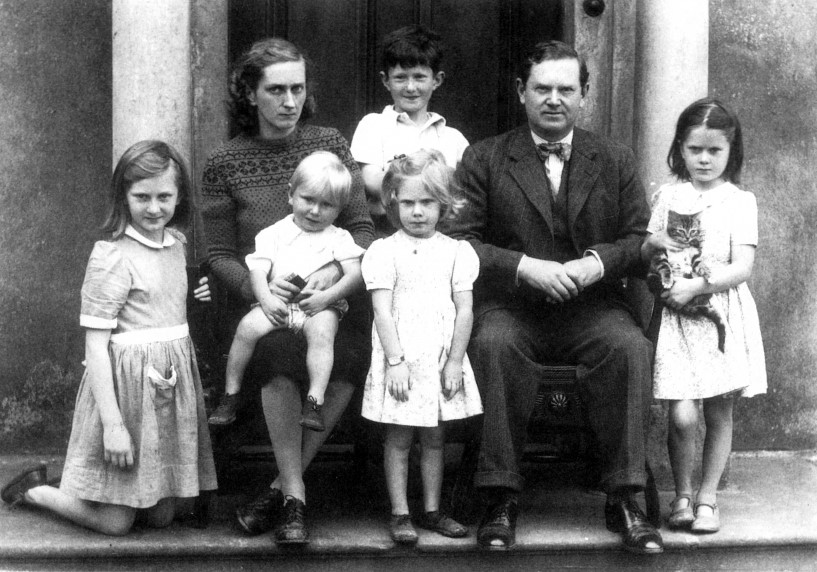 The Waugh family in 1947, during the writing of Helena