Having detected a powerful strain of the uncanny in Ghirri’s work in Polignano, I began to ponder my own work done there. After a year and a half, I have just finished a series based on my stay there. When I showed the series to an Italian film-maker friend – he made a one word comment: ‘cupo!’ – (dark in the sense of haunting) and then I suddenly saw them in a different way. He found them unsettling and dark just in the way I had responded to the Ghirri images. But to understand how the piece, Sea Saw evolved, I will explain the process by which these images were made. While my work differs technically from that of Ghirri, we share a common conceptual approach.

Like Ghirri, I have a daily practice that structured my days in Polignano – as it does elsewhere – making a drawing a day of the same view. In his series L’infinito (2001)–Ghirri adopted a similar conceptual practice – shooting the clouds daily for a year. In this way his time frame seems to circumscribe the infinite space of the sky. Ghirri wasn’t impelled by the notion of nature photography and the impulse behind the work wasn’t the exquisite spectacle of those clouds scooting across the azure sky. He says in L’infinito:

[I have never loved nature photography, those photos in which nature appears in its mysterious and metaphysical aspect or those where signs and colors are forced into an abstract language. I have always thought that such images in their desperate attempt to fix the “natural moment” slip into a state of unhealthy contradiction with the language of photography.]

If we are to trust his statement we must therefore understand the series as an essentially conceptual project with a theme involving a sense of transience and the ineffable. The series registers the act of looking over 365 days – finding sameness and distinguishing difference. Perhaps in a similar way, the core of my project has at its core a conceptual basis in that the viewer is invited to read the sequence of images that I constructed from perceptual information, and to begin to detect the shifts and changes among them

Connected with this conceptual component is the freedom with which we both use the medium of photography. In some of his early work he experimented with mixed media combining graphic and photographic means and melding them into a single image. He and artist Franco Guerzoni produced collaborative work whose structure and meaning were cemented purely through a conceptual reading. In my explorations I have also blurred the lines among traditional media to produce a delicately hinged hybrid form – graphic, photographic, and projected with a sense that all three are required for producing the image. 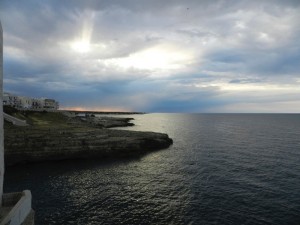 The summer of 2013 I spent some 3 weeks perched high over the sea in a tiny, humid house carved directly from the cliff in Polignano al Mare. The balcony where I spent some seven hours a day drawing, afforded more than a 180 degree view of the sea, a few sparse buildings and rocky shore. I drew with the morning light and in the late afternoon contraluce that plunged the shore into murky shadow. As I photographed the sky and water continuously, I began to extract a sense of this place – how it was unlike any other and what lay beneath its evident surface qualities. 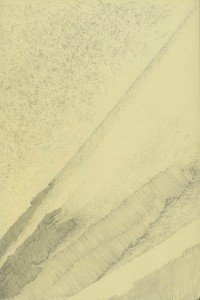 Frustrated by the limitations of my smallish drawing pad I reoriented the drawing to allow the horizon to reach diagonally across the page. What resulted then was an unbalancing of the composition so that vantage point would have no spot to hold onto, it glided along the horizon with no purchase on a secure viewpoint – thereby rendering the sea a potentially dangerous presence. In an interview in the catalogue for Vintage (2008, Editrice Quinlan), curated by Berardo Celati, the late Paola Ghirri describes a similar response to the sea in Puglia:

[…and the sea was an element that frightened him, perhaps there was a need to keep it at a calculated distance always putting something between himself and the absoluteness of that blue horizon.]

Thus, from its initial impulse, the central construct of sea and sky that evolved from my early sketches establish a precarious and disturbing foundation.’

Wallace Stevens came to mind: In Sea Surface full of Clouds (1931) he writes:

Capped summer-seeming on the tense machine

Of ocean, which in sinister flatness lay.

Who, then, beheld the rising of the clouds

That strode submerged in that malevolent sheen, 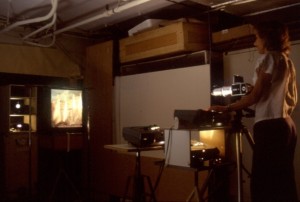 Once back in my NY studio I began to embroider the original drawing –and contrived a low relief collage onto which to project bits and pieces of the slides I had taken. This collage served as an architecture for the piece. Photographing the superimpositions (the slides onto the relief), I developed a non-narrative series of images – perhaps twenty-five – of which I have printed only seven. Together they suggest the intricate nature of human perception by re-ordering visual information to propose irreconcilable time frames, shifting vantage points, changing moods, and memory traces. Together they reflect the complex way we experience the world. What brings my approach close to that of Ghirri’s is the way these images suggest various modes of looking – contemplation, rumination, and reverie – but a mode that refuses to reassure.

In some of the images I have taken bits and pieces of the architecture of the town and confounded them with the natural setting – to conjure the way we carry memory images when they have been unleashed from geography or locus. In others I have recomposed the composition to see the dizzying view from the balcony directly into the water beneath. The piece attempts to fathom the way the sky – with its infinite depth – enfolds us in breathable air and atmosphere and touches the ever-elusive horizon that tries to mark the edge of the sea extending towards slicing the world in planer fashion as it too recedes into immeasurable space. Just as Ghirri tamed his empty spaces framing them like thoughts, the elements of my view provided a structure or base for the facts of the place. They are all ‘true’ – as in Ghirri’s photos – even if contradictory and ambiguous – and it is precisely that ambiguity that calls to mind the uncanny.

‘As a concept, then, the uncanny has, not unnaturally, found its metaphorical home in architecture: first, in the house haunted or not, that pretends to afford the utmost security while opening itself to the secret intrusion of terror…… of course the uncanny is not a property of the space itself nor can it be provoked by any particular spatial conformation; it is, in its aesthetic dimension, a representation of a mental state of projection that precisely elides the boundaries of the real and the unreal in order to provoke a disturbing ambiguity, a slippage between waking and dreaming…the architectural uncanny is necessarily ambiguous, combining aspects of its fictional history, its psychological analysis and its cultural manifestations. If actual buildings or spaces are interpreted through this lens it is not because they themselves possess uncanny properties, but rather because they act, historically or culturally as emblems of estrangement.’ 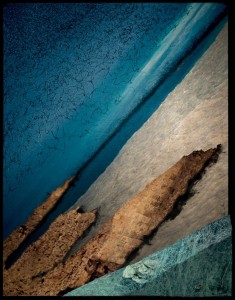 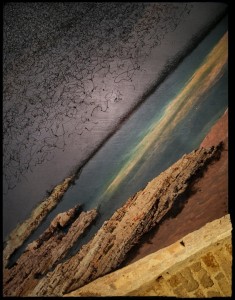 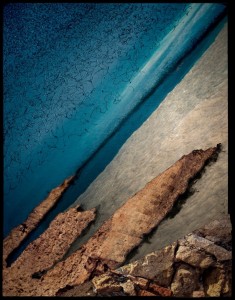 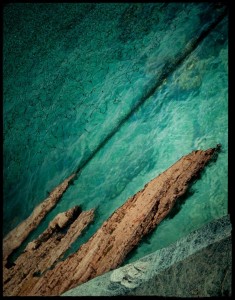 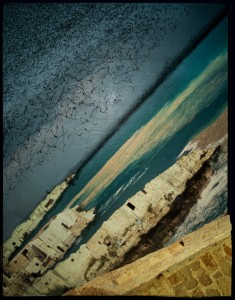 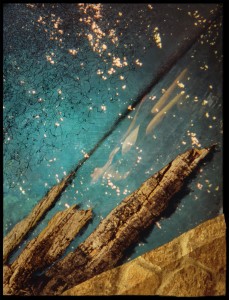 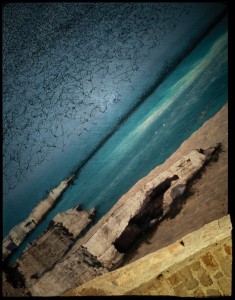