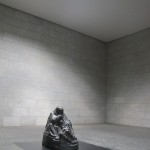 ‘Stumbling’ upon Berlin’s National Socialist past

Last week I returned from my second and (at the moment) final field trip of European Holocaust sites. Another gruelling itinerary and I returned home exhausted and in need of a break from Holocaust-related sites. I found that after visiting so many sites within the space of a month – reading so much atrocity-related material, […] 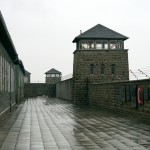 ‘Sightseeing’ at Holocaust sites in Germany and Austria (Part 2)

As I said in the previous entry, my visit to my first concentration camp had been a somewhat anti-climatic experience for me. Perhaps in part because I had such high expectations about what I would feel on confronting these places I have read so much about over the years. We know so little about people’s […] 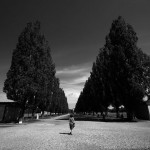 ‘Sightseeing’ at Holocaust sites in Germany and Austria (Part 1)

I’m writing this two-part blog in-between my two fieldwork trips to Germany and Austria. Last week I got back from my visit to Munich in Bavaria, and Linz in Upper Austria, where I visited a number of Holocaust-related sites and memorials in the surrounding areas. At the end of this week I embark on the […]