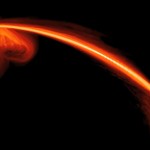 Posted by Jonathan Taylor in School of English Blog on February 4, 2016

A poem by Bethan Nutting, second-year English with Creative Writing student, has been published on NASA’s Chandra X-Ray Observatory’s blog here. As part of the second-year Creative Writing module, “Using Stories,” students are encouraged to explore the relationship between science and writing, and to use theories and concepts from science as starting-points for their […]

Posted in awards | Leave a response