Posted in awards | Leave a response 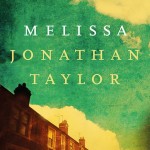 I’m happy to announce that my second novel, entitled Melissa, will be published by Salt Publishing towards the end of 2015. Salt were also the publisher of my first novel, Entertaining Strangers, in 2012. The novel is inspired by a true story. An early draft was long-listed for the Exeter Novel Prize 2013. At roughly 2p.m. on the […]