Planning a Museum of the Bible

Posted by Julie Coleman in School of English Blog on October 21, 2014 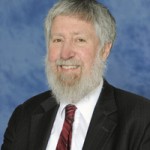 As a profession, we are uneasy about sacred texts. English Renaissance Literature courses ignore the King James Bible, and Restoration Literature courses ignore the 1662 Book of Common Prayer. Academics with an interest in such texts therefore conduct research independently of their teaching, and that seems a shame, as we do not address the lack of Biblical literacy in the student body. If our research is to be mediated beyond the community of professional scholars, we must look for outlets beyond the University. I have been fortunate to find two such opportunities. 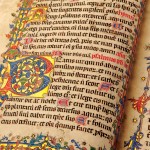 My interest in the history of liturgy, which should (but is not) be taught as part of the history of poetry, has found a most agreeable outlet in my membership of the Liturgical Committee that is planning the services for the re-interment of Richard III. I shall write about that experience in a collaborative monograph (and in a blog or two) once the King is safely buried and the yoke of confidentiality is lifted from our shoulders.My interest in the history of the Bible is related to the work on Milton that has been central to my academic life. I decided at an early stage that I had to be able to read the languages that Milton read, and those included ancient languages associated with Biblical texts: Latin, Greek, Hebrew, Aramaic and Syriac. Languages fade if they are not used, and in some cases I never achieved a reasonable competence, but at present I have adequate Greek and a sufficient vestigial command of the others to be able to fight my way out of any linguistic paper bags in which I find myself. I also, in response to an invitation from Oxford University Press, wrote a book on the King James Bible, and prepared an edition of the 1611 text. I suddenly found that I was a Biblical scholar, and much to my astonishment, the Department for Education bought 21,144 copies of the edition of the Bible, and presented a copy to every primary and secondary school in England. 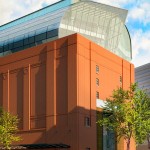 The Museum of the Bible

This publicity led by a circuitous route to an invitation to join the team planning a Museum of the Bible <www.museumofthebible.org> in America. Our sponsors, a wealthy and stupendously generous evangelical family from Oklahoma, eventually settled on Washington DC as a site for the Museum, and purchased a building that occupies a city block (with its own subway station) close to the National Mall. The family’s vast collection of Biblical materials, including ancient artefacts, Dead Sea Scrolls, early Biblical papyri, medieval manuscripts, printed books, association copies of the Bible (including one owned by Elvis) and well-travelled Bibles (including the one that travelled in microfiche to the moon) will be put at the disposal of scholars, and a selection from the collection will be put on display on a huge (50,000 square feet) floor of the Museum devoted to the history and archaeology of the Bible. My formal responsibility is for the content on this floor, but I also work with the teams designing the floors that deal with the impact and the narratives of the Bible. The three principal design teams are in New York City, Virginia (within striking distance of Washington) and Burbank (in greater Los Angeles), and I travel regularly (sometimes monthly) to America to visit these and other centres. Between trips, there is a rich feast of email exchanges between academics, designers, architects, IT specialists and all the other professions involved in the project. The result will be a wholly non-sectarian Museum: one that will be visited not only by Christians of all stripes, but also by Jews (who will find nothing Messianic in our presentation of the Old Testament) and by wholly secular visitors, including many Europeans who visit Washington to sample the 25 or so museums that encompass the Mall. Colleagues from Leicester who visit may be surprised to hear a familiar voice on the audio guides.