Writer as Intellectual and Physical Drifter: Dr Rob M Francis reflects on his role as David Bradshaw Creative Writer in Residence and two of his favourite Oxford sites

It’s been an absolute pleasure to be the inaugural full time David Bradshaw Writer in Residence. I’ve been thrilled in so many ways and by so many aspects of this amazing project. One such thrill has been how welcome I’ve been made by Worcester College and the Weston Library – their fantastic teams have been so supportive; going over and above what was required of them to make sure of the project’s success.

As regular followers will know, I’ve spent much of my time over the last two months wandering around Oxford and absorbing as much of the culture, sense of community and spirit of place I could – including the off-kilter, the clashes and connections of this vibrant city. In this final blog I want to share some thoughts on two of my favourite sites.

One of my preoccupations (obsessions) as a writer and walker is the UK’s canal network. I come from a region famed for its Industrial Heritage; canals playing an important part in that. As such, it was really important to me to investigate Oxford’s canals too. For me, canals are exemplar of a liminal landscape: betwixt urban and rural, industrial and wild, wholesome and seedy, safe and unsafe. There are secrets here. There are treasures. There are strange, discarded things. Sophie (fellow Writer in Residence) and I took a walk from the city, along the canal and out to Kidlington. We let ourselves be drawn by curious digressions as we did; even tracing the non-path that cuts between the A40, a still and silent wetland pool and railway tracks. Just four miles north of the city there’s a taste of wilderness, of bored commuters, of half-decayed litter and fly-tipped waste, of nesting birds, of barge holidays, and the homemade camps of rough sleepers. For me, this epitomises the divergent landscapes and cultures of Oxford in 2019. I wrote several pieces based on this and other canal explorations. Here’s my favorite: 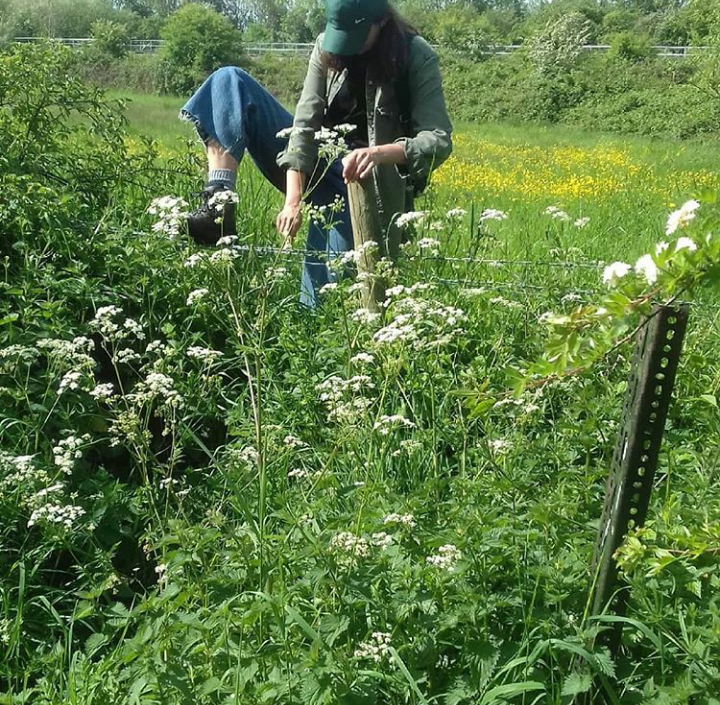 Another example of this beautiful edgeland liminality or threshold state is where St Aldates meets Abingdon Road. In the shadow of Christ Church, we move down passed the more modern side of the city, home to the law courts, Tesco Express and residential flats and out towards leafy suburbs. Here, we cross the Thames / Isis at Folly Bridge. We cross the river, and we cross the brink of Oxford’s genius loci. Here, if tales are to be believed, is where the Anglo-Saxon settlers led their Oxen over the ford during the time of Ethelfred of Wessex – this is the baptismal location of Oxenforda. Here birthed the name. Here birthed the place.

Today it’s home to wildbirds and reeds, a beautiful stretch of river pathway, heavy traffic and the occasional horse rider. It is where groups of friends gather for riverbank picnics and drinks, where poets contemplate the currents of time-space, where a tired boater retires his dilapidated dingy amongst the goosegrass, where those in the know pluck crayfish from shallows. And, if you look carefully, where Norman Brickwork and Saxon woodwork fuse with the asphalt of the hyper-modern. Something I’m always awestruck by, and that I hope to have captured somewhat in this poem:

In the old sheep shop
where nothing stays still
and tidal waters mock the knit-obsessed clerk,
I should find that low door in the wall,
which others, I knew, had found before me,
to underground streams
that eddie me to foreigner.
Here, where Isis sends Alice-types
wayward without wayfinding
to bridges built of silk screens
and innocence dissolves in a humbug suck,
so we might, like Campion, go barefoot
back to the genius loci. This time,
the water-rotten remains
of a discarded two-man boat:
home to covens
of invertebrates, bramble, nettle, goosegrass,
the wood remains of Aethelfred’s Oxenforda,
Bacon’s alchemical deposits and rank froth
of a flash lock rill. 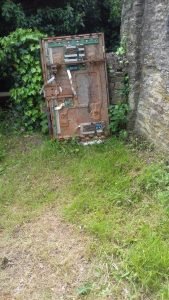 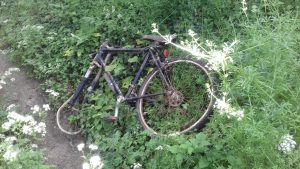 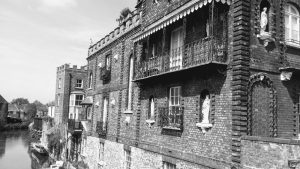 This residency has given me the chance to engage in the cultural bricolage that makes a place. To be both an intellectual and a physical drifter through varied landscapes, through history, culture and rumour. I’ll miss Oxford and this residency, it’s been good to me.