Posted by University of Leicester in Waugh and Words on September 19, 2017 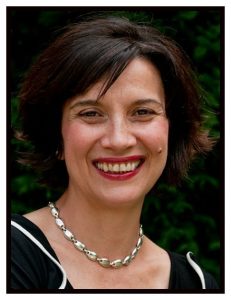 Ahead of our Waugh’s Enemies event on Monday 25 September, Milena Borden gives a brief history of Waugh’s hostile relationship with Hugh Trevor-Roper – and asks what it tells us about Oxford’s post-war battle of ideas.

There is no shortage of writing on the feud between Evelyn Waugh and Hugh Trevor-Roper. Most of it has tended to focus on Waugh’s hostile letters to Trevor-Roper and their incompatible characters. But what about looking into the story as a guide to the battle of academic ideas in Oxford after the end of the Second World War?

The son of a country doctor, Trevor-Roper read for two degrees, Classics and History, at Christ Church (1932 – 1937), became a Research Fellow of Merton College in 1938 and from 1957 until 1980 was Regius Professor of Modern History at Christ Church. 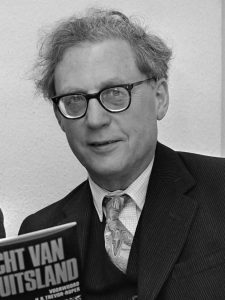 During the Second World War he was a code-breaker and also became an expert on Germany. One year before his retirement, he accepted to be Master of Peter House at Cambridge. In 1980 Trevor-Roper concluded his valedictory lecture with the words of Evelyn Waugh during one of their public spats twenty-six years previously: ‘One honourable course is open to Mr Trevor-Roper. He should change his name and seek a livelihood at Cambridge.’ He expressed regret that Waugh was no longer alive to enjoy his victory. Trevor-Roper was an admirer of Waugh as a prose writer, but was afraid to meet him in person because of their intense intellectual animosity.

Trevor-Roper’s first book The Last Days of Hitler (1947) became famous. It was enthusiastically reviewed and praised by established Oxford historians including Alan Bullock, Lewis Namier and Lawrence Stone. But one aspect of his book provoked angry reactions in Catholic circles. It claimed that Goebbels, the Minister of Propaganda in Nazi Germany, learned how to manipulate knowledge during his Jesuit education. Trevor-Roper also wrote that Himmler was like Cardinal Robert Bellarmine, known for his role in the Giordano Bruno and Galileo Galilei affairs, because they both were kind to animals. 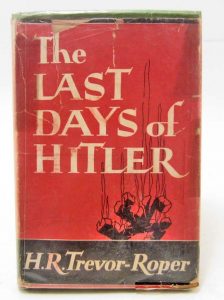 Trevor-Roper’s The Last Days of Hitler (1947) erroneously claimed Goebbels was educated by Jesuits.

Waugh first wrote to Trevor-Roper privately and then made a public accusation in The Tablet. He accused him of seeking to promote his own prejudice in a sensational book: ‘There was not the smallest reason why Mr. Trevor-Roper should introduce Catholic theologians into this nasty story…They are dragged in ignorantly, maliciously and irrelevantly.’ But most importantly, it was Waugh, who first suggested that Trevor-Roper should make a correction in the next edition of the book. At the end, the New York publisher of The Last Days of Hitler demanded changes under the pressure of American Catholics and Trevor-Roper made some corrections in the second edition of 1950. In its preface, he specifically apologised for a factual inaccuracy: ‘…I must admit an error in my description of Goebbels. I stated that he was educated by the Jesuits. Though this is widely believed and repeated, I am satisfied that it is untrue, and that Goebbels learnt that brilliant casuistry that could distinguish between “concrete truth” and “poetic truth” from other sources.’

So, what does this quarrel tell us about Waugh, Oxford, and the bigger question – ‘What is history?’. Is it factual, unemotional and secular or is it inductive and tainted with beliefs, and religious faith? Waugh, a devout Catholic, argued against the idea that fascism could be linked to his religion, whereas Trevor-Roper – a staunch anti-Catholic – understood and accepted criticism only if it was on the ground of academic accuracy. Waugh extended his absolute disdain for the historical empiricism of C. R. M. F. Cruttwell, his history tutor at Oxford, to The Last Days of Hitler, the book, which A. J. P. Taylor called ‘a delight for historian and layman alike’. The quarrel reached a point where all could enjoy the infinite view of history debates at Oxford.

At the time of posting there are still a few places available for Waugh’s Enemies. Visit our eventbrite page now to join Alexander Waugh, Ann Pasternak Slater and Barbara Cooke in picking over Waugh’s hit-list.

One response to “An Oxford Quarrel: Evelyn Waugh and Hugh Trevor-Roper”