Inside a new production of Brideshead Revisited, York Theatre Royal

There is a moment in Brideshead Revisited when Charles Ryder observes to Julia Flyte that he and she could be characters in a play: 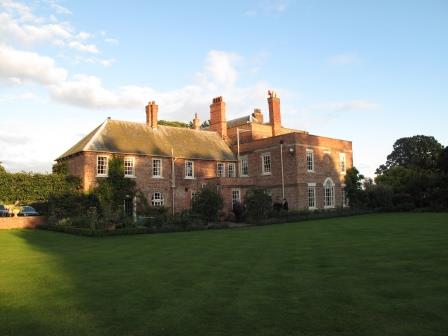 “It’s like the setting of a comedy,” I said. “Scene: a baroque fountain in a nobleman’s grounds. Act one, sunset; act two, dusk; act three, moonlight. The characters keep assembling at the fountain for no very clear reason.”

“Drama. Tragedy. Farce. What you will. This is the reconciliation scene.”

“Was there a quarrel?”

“Estrangement and misunderstanding in act two.”

“Oh, don’t talk in that damned bounderish way. Why must you see everything second-hand? Why must this be a play? Why must my conscience be a pre-Raphaelite picture?”

Julia is hurt by what she sees as Charles’ ironical detachment, his attempt to stand back and limit himself to the appearance of things. But good theatre has nothing to do with surface, and everything to do with the plumbing of hidden depths.

Despite the much-loved Granada TV adaptation (1981), and a more recent and disappointing film version (2008), Brideshead Revisited has never made much of an impression on stage. That could be about to change, however, as acclaimed dramatist Bryony Lavery has begun work with Damian Cruden at York Theatre Royal to attempt – in her words – “the virtually impossible”:

“which is to capture the magic of the book and its characters and plotlines and locations […] using as few actors as possible to carry the complicated, many-yeared and multi-personed story.” 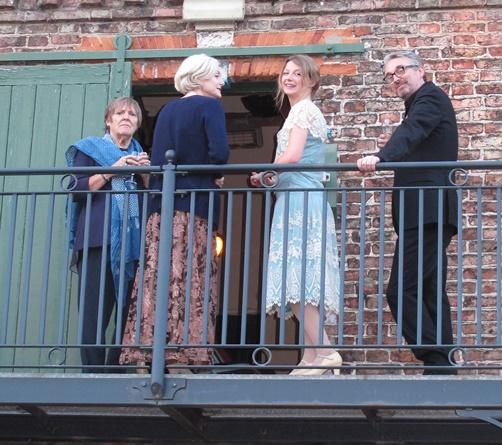 And Lavery and Cruden have been generous enough to showcase their work-in-progress. On a beautiful September evening, Friends of the York Theatre Royal gathered in the Little Theatre at Skipwith Hall to hear various drafts of Lavery’s script, read alongside the original passages of Brideshead from which they were taken. Lavery and Cruden discussed the process involved in developing the drafts and highlighted some of the ideas that, while now discarded, sowed the seeds of the play in its current form.

Lavery’s initial task was to strip novel’s text to its barest bones. Here at least Waugh would have approved, as part of his own editing method involved a merciless hunting down of superfluous or inefficient words. Lavery’s own copy of Brideshead has, she says, now fallen into three pieces and is covered over with notes on its different themes; so many, as it turned out, that it became hard to keep track. The keynotes however will be familiar to any fan of Brideshead: love, religion, art and charm.

Much of Lavery and Cruden’s development work concerned a shift in emphasis from romantic to religious love, and form the dominating awareness of Sebastian to the less fathomable allure of Julia. At first, the team explored the possibility of doubling the roles of brother and sister – a tactic suggested by Ryder’s own description of Julia:

“She so much resembled Sebastian that, sitting beside her in the gathering dusk, I was confused by the double illusion of familiarity and strangeness.”

Doubling certainly has the potential to create an ‘illusion of familiarity and strangeness’, but as they worked with the text they realised that not only did this fit with the structure of its scenes (Sebastian would have to pop behind a tree and reappear immediately as his sister, and vice versa) – it also missed the central point that Charles Ryder loves two different people at very different times in their lives and his. In fact, Julia’s character undergoes such a transformation in the novel that Lavery and Cruden also tried the other extreme and experimented with two different actors playing ‘young’ and ‘old’ Julia. 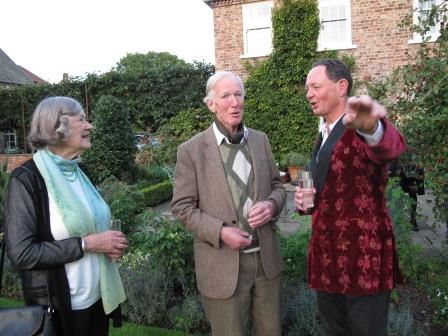 Moving away from ‘doubling’ means that Lavery’s script may be able to legitimise Charles’ statement – arguably unconvincing in the book itself – that Sebastian is the ‘forerunner’ to Julia. At the same time, by emphasising continuity between the two characters, a fully realised Julia might be able to draw out the essential elements of Sebastian long after the character himself has left the stage. Sebastian’s latent faith and fundamental goodness, unscathed by his demons, are key to making sense of the story’s conclusion: an acceptance of Grace which Waugh saw as the heart of his novel but which can be hard for non-Catholics to swallow.

Lavery and Cruden have a tough job. However brilliantly the adaptation turns out (and it could be brilliant), there will always be devotees of book or TV series (or both) who will claim sacrilege because of this or that interpretation or cut, or (I suspect, given the close consideration of Julia’s experience) complain that ‘political correctness’ has been shoehorned into the work of this most professedly conservative writer. But Lavery will not be deterred by this, having made a career of successfully adapting our most darling stories for theatre. We discussed this burned of expectation – justified and otherwise – together. For example, Lavery points out, most people’s image of Brideshead Castle is Castle Howard, but you can’t put Castle Howard on the stage. So what? I say. Madresfield Court and Alistair Graham’s family home also played their part in Waugh’s vision, but you can’t lump them all together like ingredients in a recipe and expect to churn out a perfect facsimile of the Flytes’ country pile at the end. The end result is, after all, a work of imagination. Lavery and Cruden are building their own Brideshead, and it has been a great privilege to see it under construction.

All images by Clemency Horsell