Now, as you know, all our Evelyn Waugh Newsletter/Studies are available online – so I could just direct the interested to Volume 24 No 2 where, alongside the answers you’ve all been waiting for, you will also find a somewhat surprising article on Sebastian Flyte and Charles Ryder’s relationship and a thought-provoking discussion of literacy and orality in A Handful of Dust.

But that would be lazy, wouldn’t it? Read on.

By Thomas A. Gribble 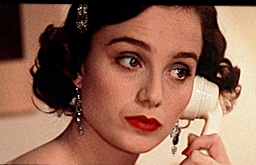 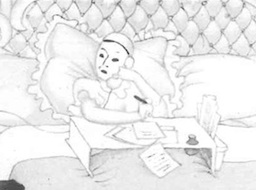 Mrs Stitch as imagined by Severin

G. John Beaver and his mother (Handful of Dust) 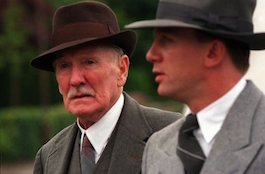 4. Cara acquired a British passport when she married him, and therefore she was later able to accompany Lord Marchmain to England where she could find refuge from the threatened war( Brideshead Revisited)

6. When the whale is Major General Whale, whose nickname is Sprat (Officers and Gentlemen)

7. They are all pseudonyms used by Ambrose Silk in Ivory Tower (Put Out More Flags)

11. The aunt in Peterborough did not exist; she was an invention created by Apthorpe (Men at Arms)

16. They are all journalists (Scoop, Officers and Gentlemen)