Posted by Physics & Astronomy in Physics and Astronomy Blog on August 24, 2021 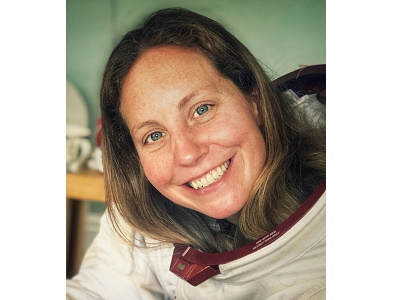 The Rosalind Franklin Award and Lecture 2021 was awarded to Dr Suzanne Imber for her achievements in the field of planetary science and her well-considered project proposal with a potential for a high impact.  She will be awarded a medal and a gift of £1,000 at her lecture to be held at a future date.

Dr Imber was recognised by the Royal Society for her achievements in the field of planetary science. The award is made to an individual for an outstanding contribution to any area of Science, Technology, Engineering and Mathematics (STEM) and to support the promotion of women in STEM. It is accompanied by a medal of silver gilt, a grant of £40,000 and a gift of £1,000.

As Associate Professor in Space Physics at the University of Leicester, Dr Imber specialises in studying space weather: understanding the impact of the solar wind on the magnetised planets, in particular the Earth and Mercury. She is a Co-Investigator on the X-ray spectrometer on board the joint ESA/JAXA BepiColombo spacecraft, which launched in October 2018 and will arrive at Mercury in 2025.

Dr Imber said: “I’m absolutely delighted to be recognised by the Royal Society with this prestigious award, in recognition of my contribution to planetary science.

“I would like to take this opportunity to thank many colleagues and collaborators who have supported and guided me throughout my career, in particular my mentors Professor Jim Slavin and Professor Steve Milan.

“I hope to use this grant to encourage under-represented young people with an interest in physics to continue their studies, through a series of residential events, work experience opportunities, and continued support and mentorship.”

Sir Adrian Smith, President of the Royal Society, said: “Through its medals and awards the Royal Society recognises those researchers and science communicators who have played a critical part in expanding our understanding of the world around us.”

“From advancing vaccine development to catching the first glimpses of distant pulsars, these discoveries shape our societies, answer fundamental questions and open new avenues for exploration.

“On behalf of the Royal Society I congratulate each of our award winners and thank them for their work.”

Suzie was the winner of the recent BBC Two series entitled Astronauts: Do You Have What it Takes? during which twelve candidates were put through astronaut training with NASA astronaut Chris Hadfield. She endured challenges such as taking her own blood, speaking Russian while in a centrifuge at 5G and carrying out emergency procedures on the NASA undersea astronaut training facility, Aquarius.

The Rosalind Franklin Award and Lecture is supported by the Department for Business, Energy and Industrial Strategy (BEIS) and is named in honour of the biophysicist Rosalind Franklin, who made critical contributions to the understanding of the fine molecular structures of DNA.

The first award was made in 2003. The recipient of the award is expected to spend a proportion of the grant on implementing a project to raise the profile of women in STEM.