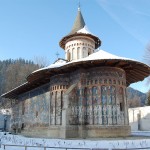 Ottoman Defeat in the Eastern Balkans:  the Battle of Vaslui, 1475. We approach the 540th anniversary of the Turkish defeat at Vaslui, which occurred on 10 January 1475.  Compared with the sealing of Magna Carta (1215), or with Agincourt and the burning of Jan Hus at Constance (both 1415), Vaslui is likely to attract scant […]