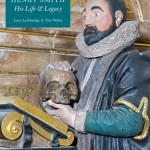 English charity and the Turkish threat The Henry Smith charity When a friend of mine was at university he benefited from a charity established in his Wiltshire village for ‘indigent scholars’. He didn’t get much money, but it was typical of the thousands of similar bequests in towns and villages scattered across the country. […]