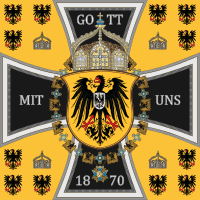 Recent days have witnessed a heated debate between Michael Gove, the combative Secretary of State for Education, and Tristram Hunt, Gove’s shadow on the Labour benches, about the most appropriate way to commemorate the First World War. Reacting strongly against what he sees as  a left-wing tendency to dismiss as futile the sacrifice of human life in the trenches, Gove has emphasised that the United Kingdom’s million  dead  soldiers were fighting in defence of their country and its allies. Theirs was a just war, while their German enemies were aggressors.  Stated thus,  Gove’s point is incontestable. But what hovers in the background is a much more generalised argument about the political culture  of the German Empire in 1914 and the values its rulers allegedly espoused, an extreme form of militarism in which war was uncoupled from  ethics.   In short, might is right.

‘Prussianism’ – and I use inverted commas because it is a caricature rather than a reality – goes back a very long way and its roots are tangled.  But there is a case for

arguing that it originated at the council of Constance, which coincidentally assembled in that city exactly five hundred years before the start of the First World War. Amongst the many pressing matters on their agenda, the hundreds of clerics who came to Constance were requested by the envoys of the king of Poland/Lithuania on the one hand, and the representatives of the Teutonic Order on the other, to adjudicate in their long running territorial dispute. Following their crushing victory at the battle of Tannenberg in 1410, the Poles had the upper hand. They also had the most skilled people arguing on their behalf. The Teutonic Knights were on the back foot, poorly led, underfunded, and dangerously dependent on the Holy Roman Emperor, King Sigismund of Hungary, who was not much inclined to bail them out. The contrasting calibre of the personnel arguing for the two sides was epitomised by Johannes Falkenberg, the Dominican friar who was a fervent advocate of the Knights, and Paulus Vladimiri, the Krakow canonist who wrote and spoke on behalf of the Poles.

Falkenberg had earlier written an insanely provocative pamphlet directed against the Polish king, in which he called for a crusade to annihilate the Polish nation. This was grist to the mill of the Polish lobbyists. When making his case, Vladimiri wrote with eloquence and clarity, demolishing the raison d’être of the Knights and arguing that they no longer served any purpose in the Baltic lands. This was dangerous because Sigismund of Hungary could find a very good alternative base for them in the south fighting against the Turks. 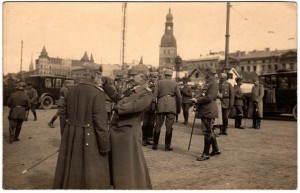 It was in the course of these polemical exchanges that Vladimiri deployed the phrase ‘Prussian heresy’. By it he meant that the Knights’ claim to be conquering in order to convert pagans was baseless. They conquered solely so that they could extend their rule over people who were weaker than themselves. This ran counter to Christian doctrine and it was a betrayal of the ideals lying behind the Order’s foundation. Vladimiri was canny – the greatest threat facing the Church at this point, greater even than the Turks, was the heresy of the Hussites, and the canonist was playing on deep fears about internal perils.

The Knights need not have worried. The churchmen assembled at Constance had neither the ability nor the desire to settle the hopelessly tangled affairs of the Baltic lands. When the council drew to a close in 1418 nothing had been done – Falkenberg even evaded condemnation, much to the fury of the Poles. But in inventing the idea of a Prussian heresy centred on the pursuit of power for its own sake, Vladimiri had created a stereotype with a long future.
Writing not long after the Second World War, the Polish historian Stanislaus Belch saw a clear and forbidding line of thought and action stretching all the way from the Knights to recent times, ‘whose purpose may be, for  propaganda reasons, coloured with idealism, piety, civilization, colonialism, but whose real purpose is the exercise of power’. The genealogy may be a good deal more complex than Belch allowed for, but the resonance of this debate, conducted so long ago, has proved to be truly remarkable.